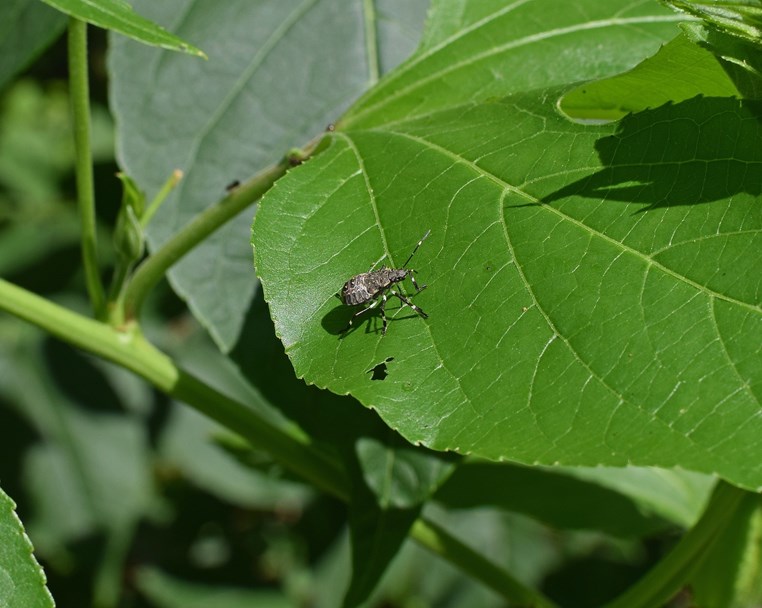 The brown marmorated stink bug wreaks havoc on a wide range of crops.

Even though it has not yet been detected north of the border, researchers at SRUC, the James Hutton Institute and SASA (Science and Advice for Scottish Agriculture), warned it poses a new potential threat to the UK’s agricultural, horticultural and forestry industries.

The Halyomorpha halys stink bug, which can be found in every continent in the Northern Hemisphere including North America and mainland Europe, has been intercepted at UK ports and is now confirmed to be present in the south of England.

It has a wide host range including soft and tree fruit, field vegetables and ornamentals.

Scientists placed sex pheromone traps at strategic points around Scotland - including near transport hubs and in soft fruit growing areas - to attract the bug if it was present. They also developed a DNA fingerprinting method to help distinguish it from similar, less damaging species.

Although the bug was not found in any of the Scottish traps, researchers used climate modelling to highlight polytunnels as key areas for the establishment of the pest.

Gaynor Malloch, a plant scientist at the James Hutton Institute and lead author of the report, said: “Under the current outdoor temperatures experienced in Scotland, it is unlikely that the bug could successfully complete a generation and become established as a pest if it remains outdoors. However, there is a possibility that it could establish if it were to spend some time indoors in the winter months as well as outdoors.

“If the bug appears, we would expect establishment to be slower in Scotland than the rest of the UK and there is, therefore, the potential to attempt eradication or to manage individual outbreaks carefully to prevent spread.

“Growers are already very vigilant when it comes to monitoring pests and diseases in their crops and we hope that they will keep a close eye out for this particular pest and report it to the authorities if suspected.”

The study was funded by Scotland’s Plant Health Centre.