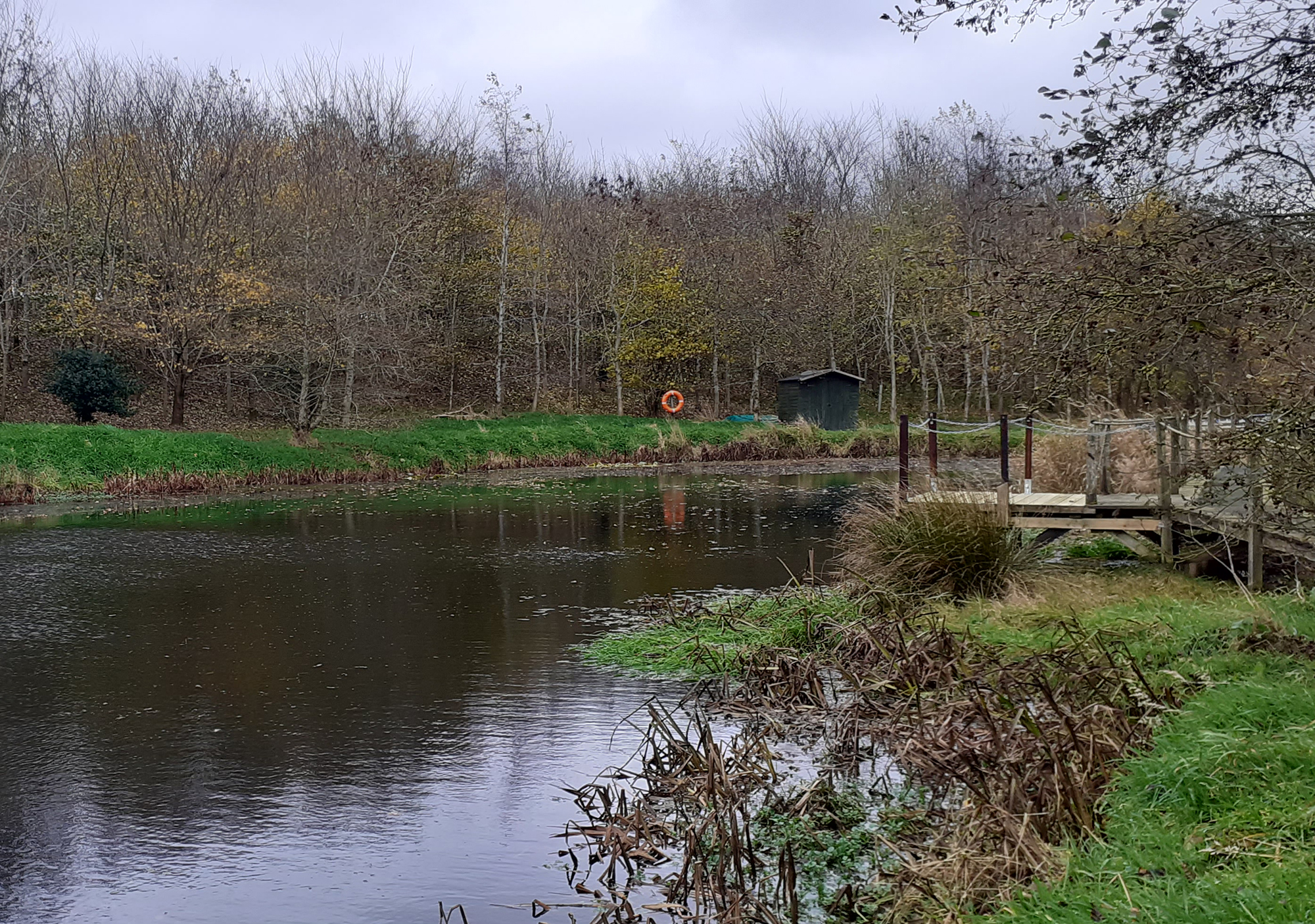 Trees and the pond at West Crichie farm in Aberdeenshire.

When it comes to the public goods cited as objectives for almost all agri-environmental schemes, trees tick just about every box.

They can lead to cleaner air and cleaner water, they encourage wildlife, and can improve the beauty and heritage of landscapes. Trees have also been linked to increased agricultural productivity, with SAC Consulting able to advise farmers on what to plant, and where. As shelter for livestock, trees can reduce incidence of mastitis in ewes and hypothermia in lambs. They can also reduce wind damage to arable crops.

It was this unique mix of benefits that led John Lamont, a farm manager in Aberdeenshire, to plant more than 11,000 broadleaved trees last year.

“It was a joint decision with the landowner, Mr Mitchell,” says John. “We’re both keen on encouraging wildlife and wanted to further diversify habitats on the farm. We built a pond over 15 years ago and were looking for something else that would enhance the look and feel of the place.

“We also had some fields that would benefit from that shelter trees offer, as well as some damper areas where trees could help with drainage.”

“We were nearly entirely advised by SAC Consulting, from the funding application to what to plant and where,” explains John. “We spent half a day walking around the farm, with a rough map I’d drawn, discussing my ideas.

“On the whole we didn’t change much, but there were a few surprises. Altering the angle of a fence line, for example, increased the amount of shelter the trees would provide and I was surprised that beech wasn’t recommended as a species.”

According to SAC Consulting’s newest forestry consultant, Ben Law, beech has had an “identity crisis” in recent years. Beech trees found in Scotland were thought to have descended from foreign stock planted in Victorian gardens and avenues. More recent genetic research from the University of Stirling shows the vast majority of trees tested are descended from trees native to Great Britain.

“Beeches are not currently considered a ‘native’ species for new plantings,” explains Ben. “Though that definition may change in light of the new findings.

“While they are fantastic trees with a number of benefits, a balance must be struck because beech trees colonise rapidly and shade out other species, potentially threatening more sensitive ancient native woodlands.

Oaks, elms, alder and two varieties of birch were among the species recommended for planting at West Crichie farm. Once protected, trees require maintenance such as weeding and replacement of any failed trees, and tend to establish well.

“The Rural Payment grant, from Forestry Commission Scotland, covers five years of maintenance as well as the cost of the trees, the planting and some of the fencing costs,” explains John. “It helps with replacing dead trees, wind damaged stakes and broken plastic shelters, as well as controlling weeds. Those guards are essential to protect the trees from deer and rodents.

“While the youngest lambs have already found shelter along the new fence lines, from the natural growth in the planted areas creating a wind break, it’ll be another four of five years before we really see the shelter benefits. It’ll be seven to ten years before we see an impact on those damper areas of the farm. It’s a long-term project but I’m delighted to be given something back to the land and those that will care for it after me.”