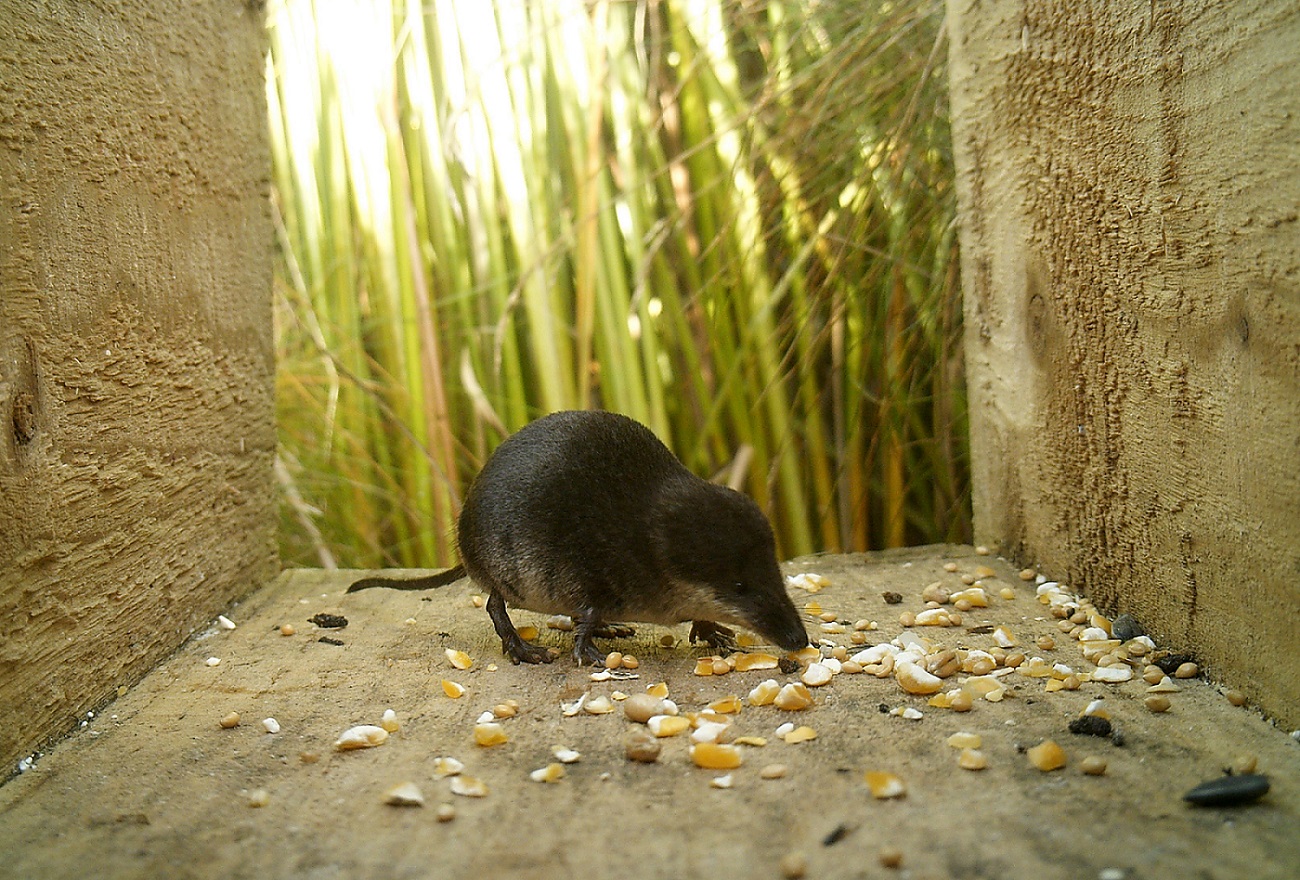 A novel way of capturing images of small mammals in their natural habitat has been developed by a lecturer at SRUC.

Camera traps are regularly used to capture pictures or videos of wildlife but are generally designed for medium-sized and large animals.

This involved inserting a camera into a baited open-ended box and attaching a close-focus lens – such as that taken from a pair of reading glasses – over the camera to enable the capture of large, clear pictures or videos.

Nick used this simple, low-cost technique to find out how small mammal populations respond to blanket bog restoration at Forsinard Flows Nature Reserve in the Flow Country of northern Scotland.

He found there was significantly more small mammal activity – including bank and field voles, wood mice and common and pygmy shrews – in conifer plantations on peatlands than on undamaged peatland.

The findings of this research are significant because the year-round availability of small mammals enables predators such as foxes, stoats and weasels to survive in this landscape where they also then prey on internationally important ground-nesting birds on adjacent bog areas.

Nick developed the technique with his wife Rose Toney as part of their work as volunteer wardens on a nature reserve in Aberdeenshire.

He said: “This technique may facilitate small mammal research in remote areas, where it is impractical to check live traps every few hours.

“It can be used for the monitoring of invasive species such as mice or rats on islands used by seabirds and provides a way of determining activity levels or species presence that does not involve animal capture and handling, and thus does not entail the welfare risks associated with live trapping.

“It is also invaluable for biological recording/species mapping and for activities such as volunteer monitoring of species on nature reserves.”

The research, which was carried out in partnership with the RSPB, James Hutton Institute, North East Scotland Biodiversity Partnership, Mammal Society and University of Cambridge, was part-funded by RESAS. It was published in the European Journal of Wildlife Research.

Video footage from the research can be viewed at: https://youtu.be/T6bJxgQi5mg