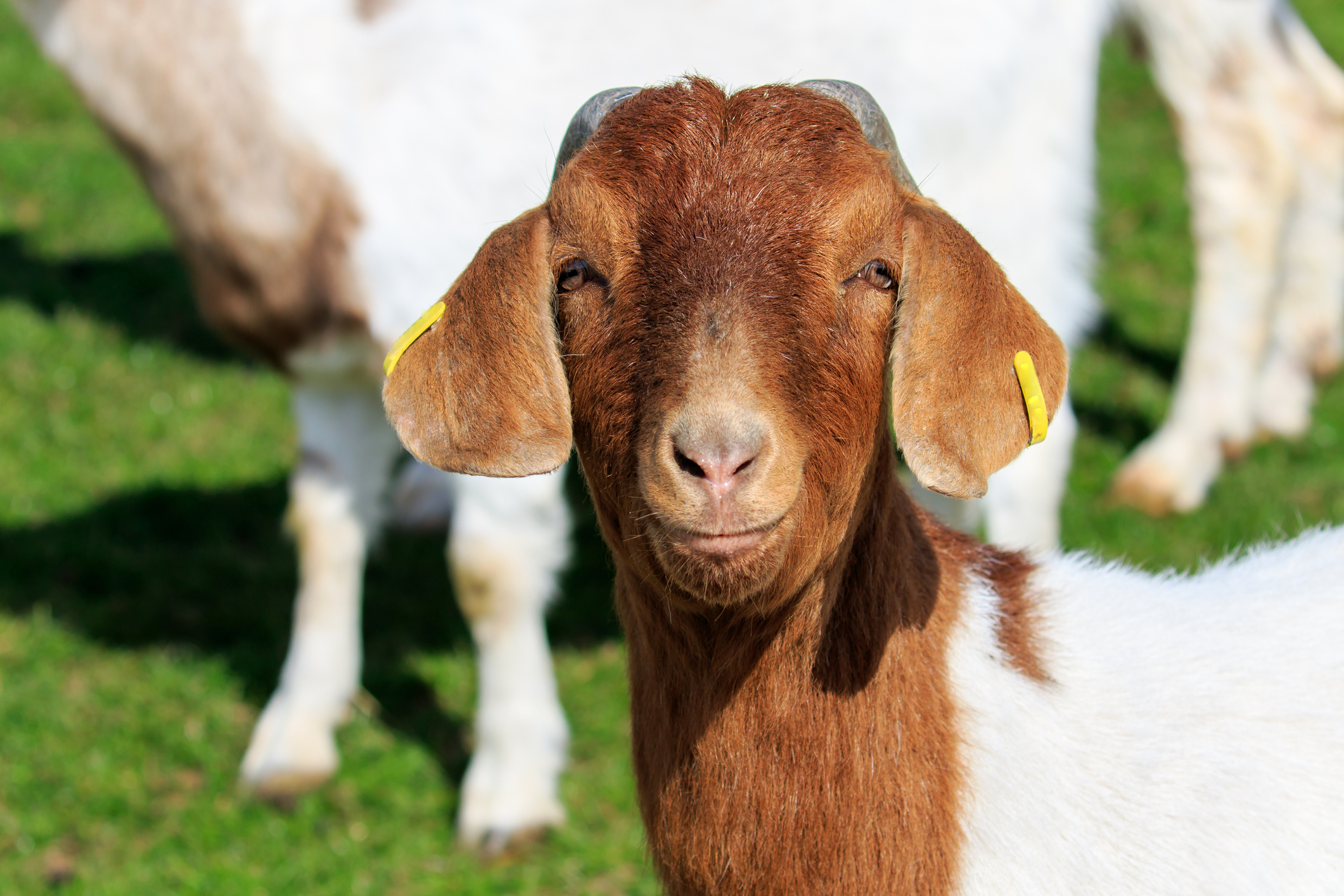 The winning project recommended setting up a goat co-operative in the north east of Scotland.

A proposal for a goat meat co-operative in the north east of Scotland was the overall winning entry in an internal competition run by SRUC in partnership with Converge.

Three Rural Business Management students from SRUC’s Craibstone campus in Aberdeen were awarded i-pads from Converge - which works in collaboration with Scotland’s universities to uncover emerging spinouts and start-ups - after winning the Group Business Planning competition.

The students were asked to choose a farm, food or business product/service and investigate the benefits of forming a marketing or purchasing co-operative before preparing a detailed development and marketing plan for their proposed co-op.

Third year students Georgina Milne, 20, from Oyne, near Insch, Alison Rotheray, 31, from Turiff, and Emma Maguire, 21, from Montrose, put forward a proposal for a co-operative goat meat business for North-East Scotland, with 30 founder members dedicating part of their farms to the production of kids.

In their report, they described goat meat as the UK’s fastest-growing meat market and wrote: “Goat is a very healthy meat with lots of flavour and a growing restaurant and home-cooking market, so North-East Goat Meat has the potential to become very lucrative for its members in time.”

The runners-up included Vicky Haddow, Emily Inglis and Kate Massie from the King’s Buildings campus in Edinburgh, who suggested the formation of a Scottish Craft Beer Association; the Ayr team of Olivia Kelly, Lia Connel, Dylan Brown and Daniel Anderson, who came up with The Best Whey – a product for the elderly market to combat muscle wasting; and Neli Kuzina, Kirsty Laidlaw and Sophie Hilton from the Barony campus, whose Fly’n’Spray project used a drone for spraying.

Teresa Shutter, Head of Innovation Hub at SRUC, who judged the competition, said: “Many congratulations to the four finalist groups who presented thoroughly-researched market opportunities, and especially to the North-East Goat Meat Co-operative for their excellent business plan. I was impressed by all the finalists’ high standard of work and am proud to have such innovative and business-minded students at SRUC.”

Derek Waddell, interim director of Converge, said: “As Scotland’s largest company creation programme for the university sector, Converge is delighted to support SRUC’s business plan competition. Our mission is to help the next generation of innovators, creators and ground-breakers turn their ideas into commercially viable ideas, and we can see great potential in the projects that have come through this competition.  We congratulate the winners and wish all participants the very best of luck as they pursue their business ideas.”

The online prize-giving ceremony was held on Wednesday 2 June, with live presentations planned for early July if coronavirus restrictions allow.

For more information about studying at SRUC, visit: www.sruc.ac.uk/courses