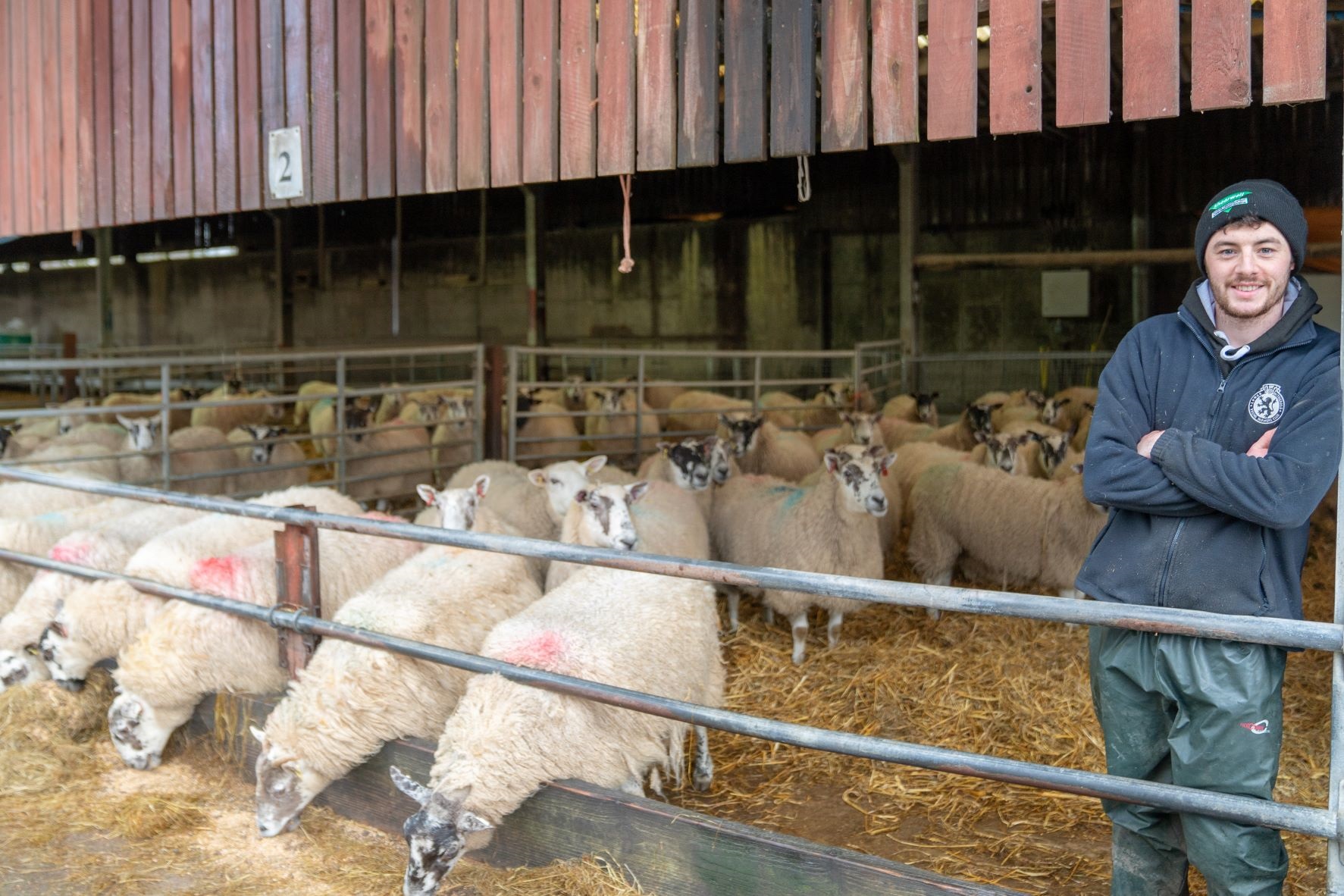 Shepherd Perry Parkinson has been named as an NSA Ambassador.

SRUC shepherd Perry Parkinson is one of 12 young farmers from across the UK named as a National Sheep Association (NSA) Ambassador for 2022.

The NSA received a record-breaking number of applications from farmers for the programme, which aims to strengthen the sheep sector as well as developing individual skills.

Since starting as a full-time shepherd at the Barony campus in Dumfries and Galloway, Perry has worked with farm manager Hugh McClymont to introduce new breeds of sheep.

In addition to a flock of 500 Scotch Mules, the farm now has Polled Dorset and Highlander sheep – creating a five-month lambing period to give students more opportunities to get involved throughout the academic year.

Perry said he applied to become an ambassador to challenge himself, learn more about the industry and put himself in a position where he can help more young people get into farming.

He said: “I’m over the moon to be accepted and feel very privileged and honoured to be part of such an impressive group of young sheep farmers.

“I am looking forward to travelling across the UK to view other systems and as a new entrant myself, hopefully showing other young people you don’t have to be from a farm to have a successful career in sheep farming.”

Perry will meet his fellow ambassadors this week when he goes to Gloucester for his first set of workshops on 15-17 February.

For more information about studying at SRUC, visit our course catalogue.