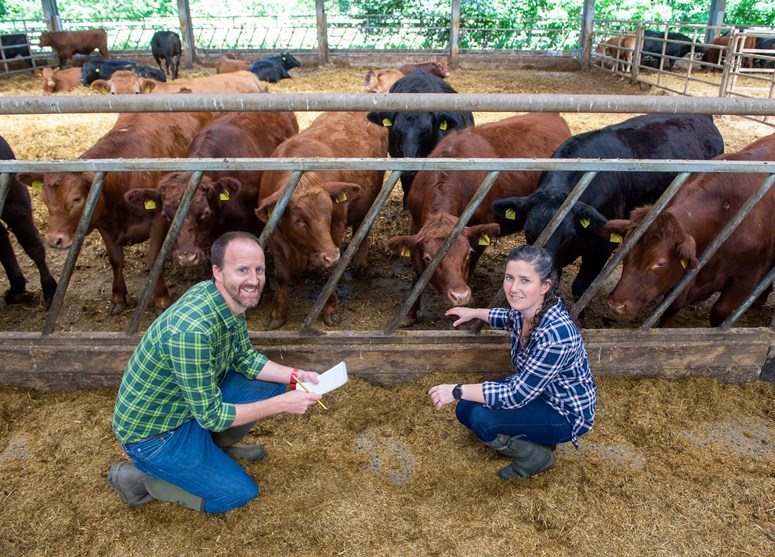 A state-of-the-art shed which will use cattle waste products to power a methane capturing system and grow indoor crops has received nearly £3 million from the UK Government through its Net Zero Innovation Portfolio (NZIP).

Led by SRUC, the GreenShed system will also produce low-carbon fertiliser and has the potential to remove the equivalent of 237 tonnes of carbon dioxide per farm per year.

It is hoped that the building of the shed, which is supported by partners at the University of Strathclyde, Agri-EPI Centre, Edinburgh-based No Pollution Industrial Systems Ltd, Galebreaker Agri, Organic Power Ireland, N2 Applied and Saturn Bioponics, will begin in Midlothian later this year.

The shed’s anaerobic digestion plant will use waste cattle bedding to produce energy to run a methane capture system. Excess energy will then be used to power a vertical farm and low-carbon fertiliser system.

In practice, farmers could benefit from an additional income stream of up to £40,000 a year, while it is estimated that a 100-cattle shed using the GreenShed system could also save them £1,000 a year in fertiliser and heat energy costs.

Professor Wayne Powell, Principal and Chief Executive of SRUC, said: “GreenShed provides an innovative working example of how researchers, businesses and other partners can collaborate effectively to shape a more resilient, nature-positive producer supply chain that’s aligned with the aims of the national Food Strategy. We are hugely grateful to ministers for their support.”

SRUC’s Dr Carol-Anne Duthie, who leads the project, said: “We’re thrilled to have received this funding to make the exciting GreenShed project a reality. The value of the project is clear: farmers will improve their profitability, expand their saleable food products, and reduce the environmental impact of beef production.”

The GreenShed funding is part of a £54m government investment for projects across the country to develop technologies which remove carbon emissions from the atmosphere.

Energy and Climate Change Minister Greg Hands said: “This £54 million government investment announced today will help establish a greenhouse gas removal industry in the UK, which could be worth billions to our economy, bringing in private investment and supporting the creation of new green jobs.”