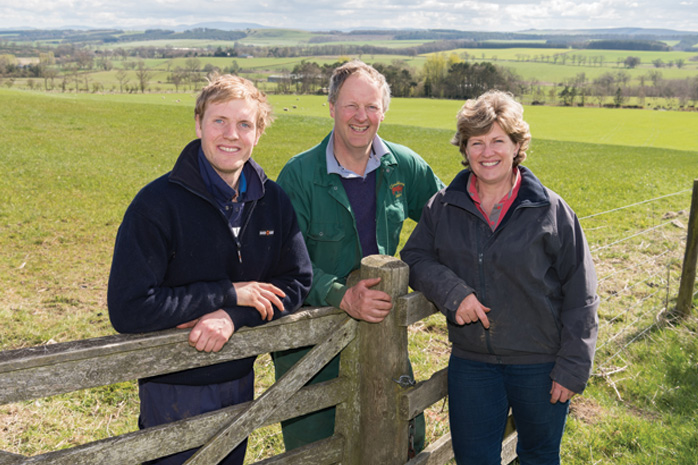 Two former SRUC students are among the finalists competing for the AgriScot Scotch Beef Farm of the Year award.

Firth Farm in Melrose, which Iain Livesey runs with his parents Rob and Kath, and Scholland Farm in Shetland, run by Jamie Leslie, are among the finalist farms announced by AgriScot, Quality Meat Scotland (QMS) and award sponsors, Thorntons Solicitors.

They will compete with Kingan Farms in New Abbey, Dumfries, for the award which aims to showcase excellence in the production of cattle in Scotland.

As well as demonstrating a strong commitment to improving the health and welfare of their cattle, the farmers were assessed on their efforts to strengthen the success of their businesses by adopting new ideas and initiatives.

Iain, who gained a BSc degree in Agriculture from SRUC’s Edinburgh campus in 2011, has 100 pedigree Salers suckler cows, 60 additional crossbred store calves and 1000 mule ewes at the 300-hectare mixed farm he runs with his parents.

The family uses social media as a marketing tool to boost the farm’s profile and to sell cattle.

Jamie, who also studied Agriculture at SRUC in Edinburgh, farms in partnership with his father John and has 80 Aberdeen Angus suckler cows and 900 breeding ewes, including Shetland, Cheviot and Texel with Suffolk used as terminal sire.

The father and son team have worked hard on four key points – cow to calf weaning ratio, kilogram output per hectare, fertility and wintering costs – to maximise their performance and improve profit.

The winning farm – to be announced on Wednesday 20 November at AgriScot – will receive a £500 cheque as well as a £250 voucher to spend at a Scotch Beef Club restaurant, run by QMS. 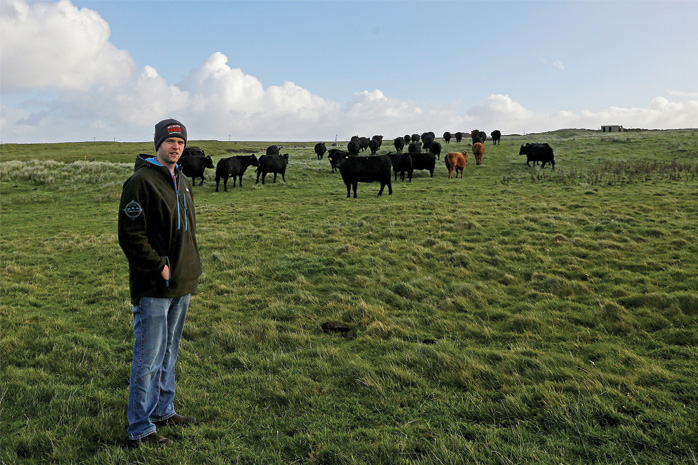