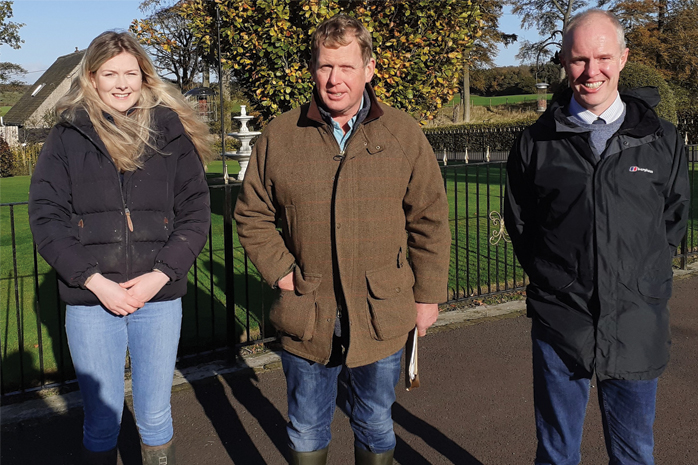 Three students from SRUC’s Aberdeen, Ayr and Edinburgh campuses will compete for a £1000 cash prize after being named as finalists in the annual AgriScot Business Skills Competition.

Jack Cooper, Martin Flood and Sarah Hodge beat off competition from nine other competitors to reach the final, which is being held later this month.

Sponsored by Dairymaster and supported by SAYFC and SRUC, the competition assesses young agricultural professionals on a range of farm and business management tasks.

Jack is in his final year studying Agriculture at SRUC Aberdeen and combines his studies with part-time work on a local farm. His long-term goal is to work as a farm manager.

Martin, from a beef farm in Co. Monaghan, Ireland, is a third year Agriculture student at SRUC Ayr. He has a keen interest in grassland management and has also gained experience milking on local dairy farms in Scotland.

Sarah, from East Lothian, is in her fourth year at SRUC Edinburgh, studying Rural Business Management. She wants to work in land management and has done a summer placement with Galbraith.

The competitors had to submit their CV and a response to the statement: “The importance of understanding capital gearing for a farm business”.

In the final phase of the competition, the finalists will evaluate a new product being launched at an AgriScot event on Wednesday 20 November, and will make a presentation on their assessment to a judging panel. They will also be asked a range of questions on business skills and topical agricultural issues.

The judging panel will be chaired by George Baikie, from SAC Consulting – part of SRUC, together with Ian Hope from Galbraith and John Kinnaird from AgriScot.

SRUC lecturer and co-ordinator of the competition Heather Kerr, who won the competition in 2016, said: “The finalists have shown a great enthusiasm for the competition so far and it is great to see young people so optimistic about their future in the agricultural industry. I am sure we will have a very worthy winner from among the three finalists.”