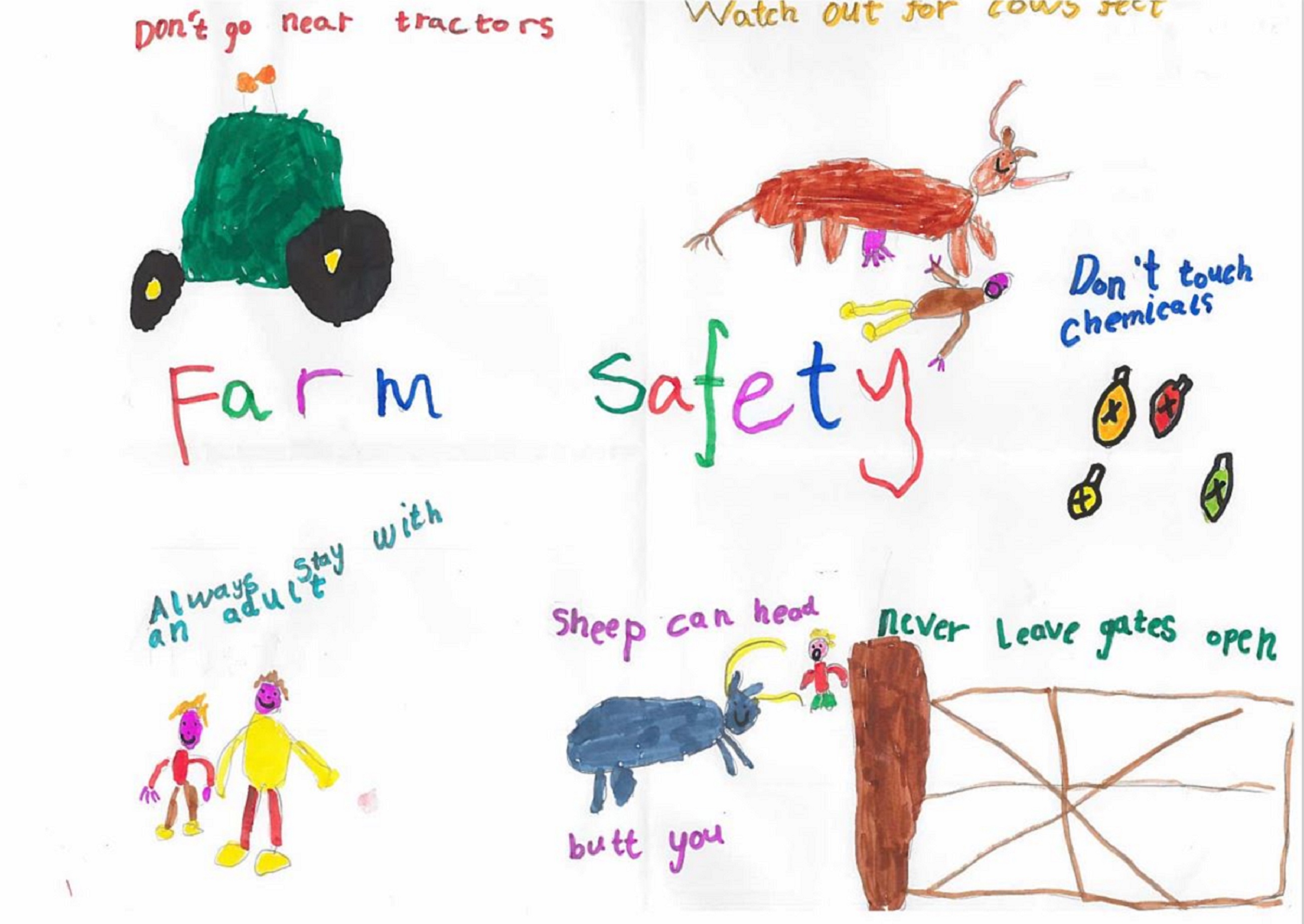 Two children have been named as the winners of a poster competition to raise awareness of the dangers on farms and crofts.

Six-year-old Stuart Ward, from South Lanarkshire, won the category for children aged six and under, and Gemma Forgie, 11, from Moray, won the seven to 12 category.

Organised by SAC Consulting - part of Scotland’s Rural College - for the Farm Advisory Service, children were asked to create a poster using paints, crayons or other materials showing examples of farm safety.

Stuart’s poster had six images drawn in felt pen with messages including ‘Sheep can head butt you’ and ‘Don’t touch chemicals’.

Gemma’s poster also showed a range of images, drawn in crayon, with captions such as ‘Children should be supervised to stop them getting to anywhere they shouldn’t’ and ‘High vis for extra visibility if big machinery is around’.

There were 37 entries overall with all children receiving a hi vis safety vest, and the winners each also receiving an art stationary box.

Agricultural Technician Kevin MacKinnon, who organised the competition, said: “We had a good response, and the quality and effort of the entries was very high, so it was hard to pick a winner in each category.

“The winning entries by Stuart and Gemma were outstanding and showed a good understanding of the dangers on farms.”