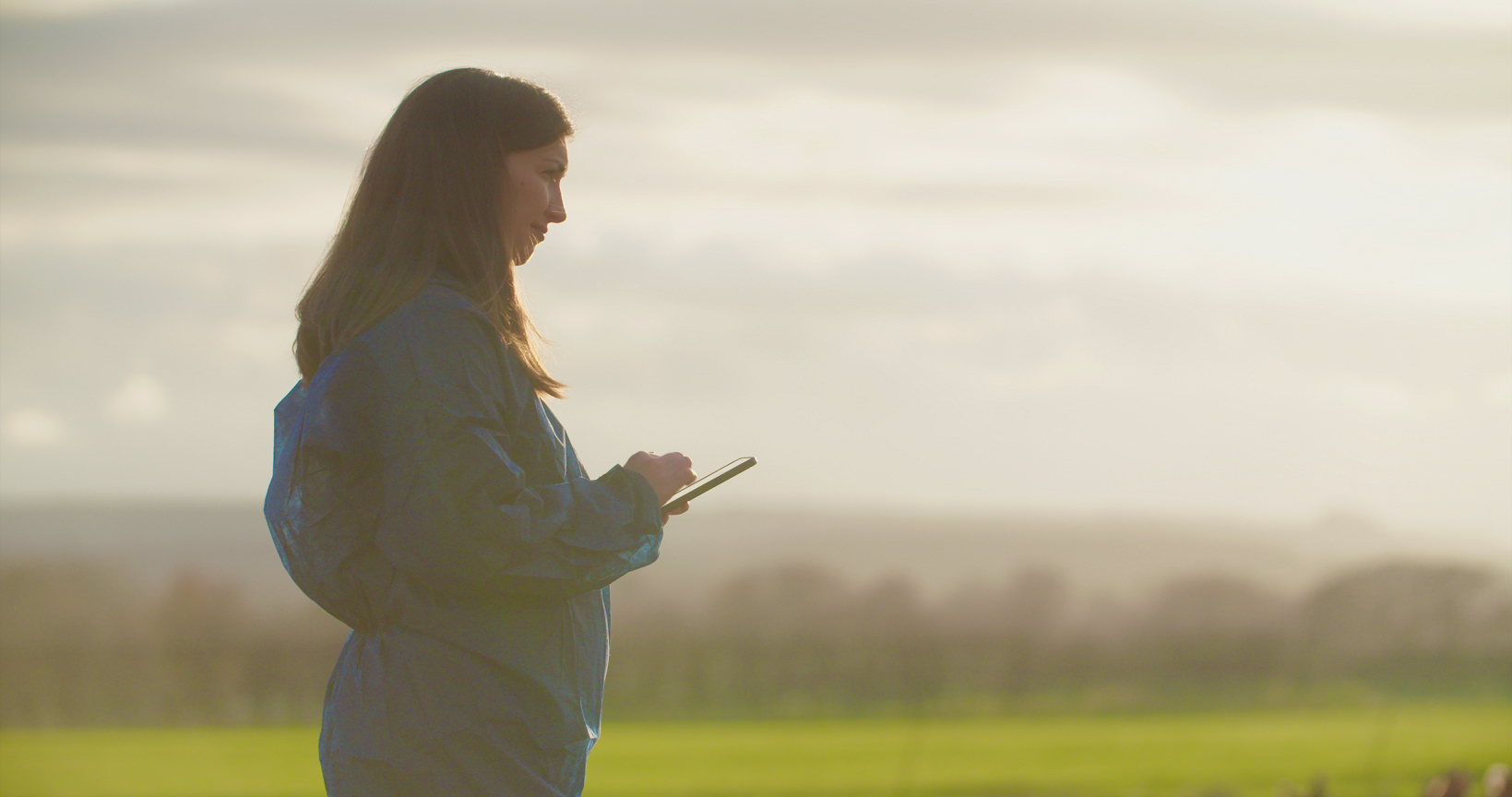 The SRUC-developed app is being trialled on Waitrose farms.

Waitrose is rolling out a new SRUC-developed mobile application today (Monday 8 February) that will help the retailer assess and begin to understand the emotional wellbeing of its farm animals.

The first of its kind, the app aims to manage and improve opportunities that animals have to experience a good and enriching life - a process that Waitrose hopes will help it lead further improvements to animal welfare standards across the UK.

Developed by leading animal behavioural scientists at SRUC and licensed by Waitrose for trial and development for two years, the application is designed to help field teams better understand, recognise and record emotionally expressive behaviour that - in part - contributes to an animal’s quality of life.

Although the app itself is designed to be practical and easy to use on farm, it is underpinned by rigorous scientific research, which its creator, Professor Francoise Wemelsfelder from SRUC, calls “Qualitative Behavioural Assessment” (QBA).

The method allows animal welfare inspectors to record different expressive qualities of behaviour through the app, such as being relaxed, tense, playful or anxious - behaviours that are indicative of an animal’s emotional body language and possible signs of their general well-being.

This will help field teams assessing Waitrose farms develop their skills and help them describe and quantify the different expressions they observe when looking at their animals. In turn, this will help them better understand the mood the animals are experiencing while interacting with each other and their environment.

Professor Wemelsfelder said: “Good physical health is vital for good welfare but there is clear consensus among the scientific animal welfare community that factors such as enjoyment, contentment and positive excitement play an equally vital role in ensuring that an animal has a good life.

“QBA not only provides a way to assess these factors, it also opens up the conversation about what positive emotional wellbeing for an animal truly looks like.  Because we believe fundamentally that animals are not simply production systems to be managed. They are sentient creatures that must be cared for.

“While this remains very much in development, the fact that the app will be trialled and developed at scale with a leading supermarket chain is an incredibly significant and positive step for the industry.”

James Bailey, executive director at Waitrose, comments: “This is a huge development for the industry as it is the first time any retailer has explored welfare measures based on the concept of an animal’s freedom to express positive emotions.

“In some countries, farm animals continue to be looked upon as food production systems that need to be managed. This is wrong and for the UK to continue its position as a leader in farming standards, it’s critical that we recognise farm animals as sentient creatures capable of experiencing a range of emotions and positive experiences. By acknowledging this, working hard to understand what those positive emotional expressions are and how they can be unlocked, we can lead the industry into a new and more confident era of farm animal welfare.”

The app will bolster a breadth of existing animal welfare measurements that Waitrose has incorporated for decades, including good health, good feed and good housing and is part of the larger Good Life animal welfare initiative that has been pioneered by Waitrose and its suppliers.

The project forms one part of Waitrose’s new ten-year agriculture strategy, which - among other ambitions - sets out to give animals good and enriching lives, pay farmers fairly, ensure all raw materials are responsibly sourced and significantly reduce greenhouse gas emissions from all UK farms and fisheries.

Visit www.waitrose.com/animalwelfareapp or watch the promotional video to learn more.