This Farming Life returns to our screens 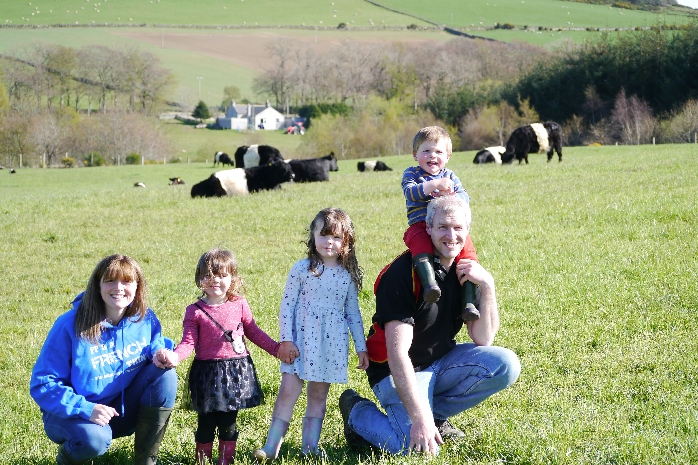 Colleagues from around SRUC have again been sharing their agricultural expertise with producers of This Farming Life.

The hit TV documentary, which returns to BBC Two UK-wide at 8pm today (Tuesday 18 August), is back on our screens for a fourth series, following six farming families from around the country as they struggle with everything from ostriches to Brexit and, of course, lockdown.

Among the stars of the latest series are former SRUC students Joyce Campbell, who farms on 6000 acres near Thurso, and Isla French, who started her 100-acre farm with husband George from scratch four years ago.

Filmed over the course of a year, and following farmers from the Highlands to the Lake District, the series begins at the end of summer 2019, with Brexit the biggest concern.

From the new entrant farmers starting an ostrich and deer farm from scratch, to experienced hill farmer Joyce, each episode features the highs and lows of the farming families as they strive to make the most of their businesses.

Like almost everything else, filming of This Farming Life was interrupted by the Coronavirus lockdown. This meant the camera crew had to temporarily retreat, with the farmers continuing to use their diary cams until it was safe to resume filming.

Caroline Bysh, SRUC’s Director of Marketing, Digital and Communications, said: “This Farming Life is hugely popular among people from all walks of life, in both urban and rural areas. We were delighted to again lend our expertise to the series to help ensure that viewers from around the UK – and the world – get the real facts about farming.”

Fiona Wilson, series producer, said: “Now in series four, This Farming Life has a strong following among the farming community in Scotland. It’s been a great help to have the expertise of SRUC on hand throughout our post-production process, helping to verify facts and providing up-to-date background research.”

You can watch This Farming Life at 8pm on Tuesdays on BBC Two or on iPlayer.