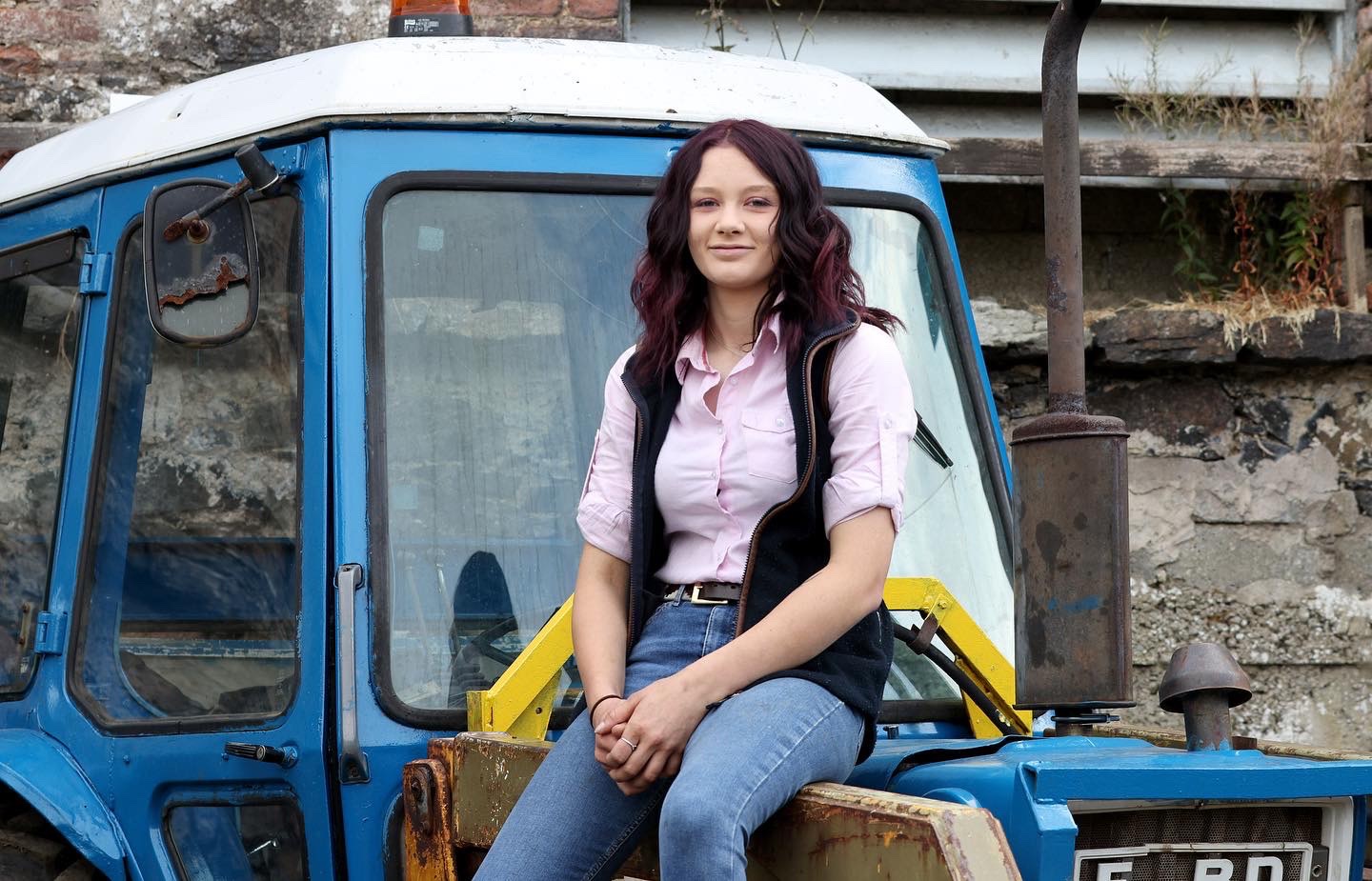 Agricultural engineering student Kirstin Chalmers will star in a new BBC3 series which sees young farmers battle it out to be crowned the UK’s best tractor driving team.

She will be joined by former SRUC students William Muir and Graeme Mcnaughton in The Fast and the Farmer-ish, presented by farmer and farming vlogger Tom Pemberton.

The programme sees teams of petrol heads pitch their souped-up tractors against each other in a series of challenges that put their driving skills and vehicle power to the test.

Kirstin, who studies at SRUC Oatridge through her apprenticeship with New Holland Agriculture, is part of the north Scotland team ‘The Teuchters’ with Dennis McLennan and Barclay Gray.

Episode 4 of the series on Wednesday 2 March will see them compete in the Scottish heats against the ‘Black Reek Pipers’ from Ayrshire – featuring former SRUC Oatridge students William and Graeme - in three agricultural challenges, including crashing through massive walls and building towering structures.

Kirstin said: “I saw a post on Facebook and thought ‘Oh that sounds fun.’ Tractor driving is what I love to do, so I applied and ended up getting in.

“It was an absolute experience of a lifetime. The trip to Ireland and the time we spent filming there was amazing. I’d recommend it to anyone if they get an opportunity like this.”

William, who studied Engineering and now works as a self-employed agricultural engineer and contractor, said: “I loved the experience. I would happily go back and do it all over again.”

Graeme, who studied Land based Engineering and works as an agriculture contractor and mechanic, said: “It was great fun meeting everyone who took part - what an experience it was.”

The first episode of The Fast and the Farmer-ish is on BBC3 tomorrow at 9pm.