Rural residents at risk of poverty 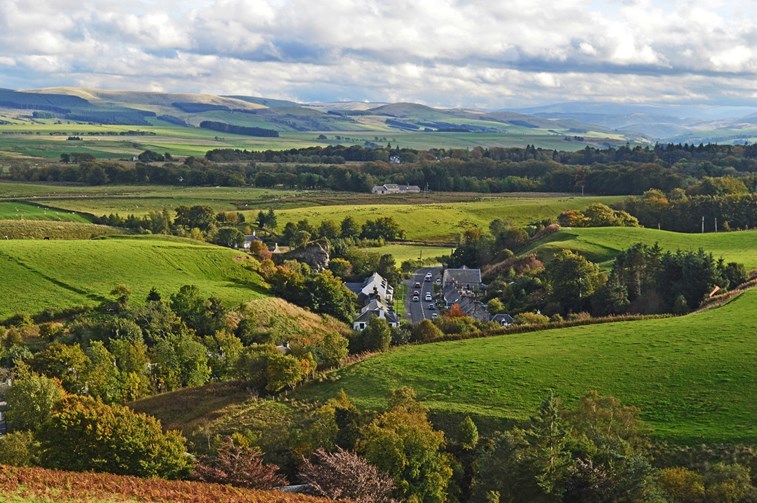 Poverty in rural areas needs to be addressed by policymakers.

Many rural residents are financially vulnerable – despite poverty being widely seen as an urban issue, new research has found.

A study of people living in Harris and East Perthshire in Scotland, and Northumberland in England, found that much rural work is not ‘good work’, with incomes often volatile and irregular.

It also found the welfare system is not well adapted to rural lives, and there are barriers to entering self-employment and developing rural small businesses.

The study was carried out by SRUC in partnership with the University of Newcastle and the Impact Hub Inverness between October 2019 and September 2020 – both before and during the coronavirus pandemic.

Although there is potential for new rural enterprise, the researchers found there are now fewer jobs in land-based activities and manufacturing in rural areas, with most people employed in services such as health, education, tourism and retail.

While some residents commute - or tele-commute – to well-paid, secure professional jobs, much local employment is precarious, low-paid or seasonal, with volatile and unpredictable incomes creating financial vulnerability.

However, despite many people relying on support from the state, including welfare and pensions, the benefits system is unable to deal fairly with the volatility and irregularity of rural incomes, increasing the vulnerability of those living in rural areas to poverty.

The centralisation and digitalisation of the welfare system in recent years has created further difficulties, with poor broadband and mobile coverage, and loss of public transport, in many rural areas.

The researchers also found that the centralisation or reduction of other services such as education, health, social care and housing has also exacerbated many of these issues. As a result, greater importance is now placed on the cash-strapped voluntary sector in providing support and advice.

Lead researcher Professor Mark Shucksmith, from Newcastle University, said: “There is poverty in rural as well as urban Britain that national policymakers are not addressing adequately.

“This research highlighted that the support and advice offered by voluntary and community organisations is valued by, and invaluable to, those in rural areas experiencing or at risk of financial hardship and are most people’s first port of call - and sometimes their sole source of support. We found many examples of innovative practices involving voluntary and community organisations and local partnership working.

“Policies could be improved with the benefit of local place-based knowledge that exists among these organisations. There is a real opportunity for rural proofing of policy but it’s crucial that this involves rural stakeholders who have this local understanding.”

Dr Jayne Glass, from the Rural Policy Centre at SRUC, said: “The report sets out a range of policy interventions that could address the challenges identified in the research. These include better support for face-to-face provision of welfare advice and support in rural areas, and routine assessment of the rural impacts of any new national initiatives, like the approach being taken in Islands Communities Impact Assessments in Scotland.”

Rebecca Graham, Programme Manager at Standard Life Foundation, which funded the work, said: “This project has shone a spotlight on the financial challenges faced by people living in rural communities, as well as some of the changes that have taken place in these areas over the last thirty years.

“When making policy decisions on areas including, but not limited to, employment and housing, it is vital that rurality is taken into account, as well as consideration of who is best placed to deliver support and solutions, particularly given some of the strengths of rural communities that have been highlighted in this research.”