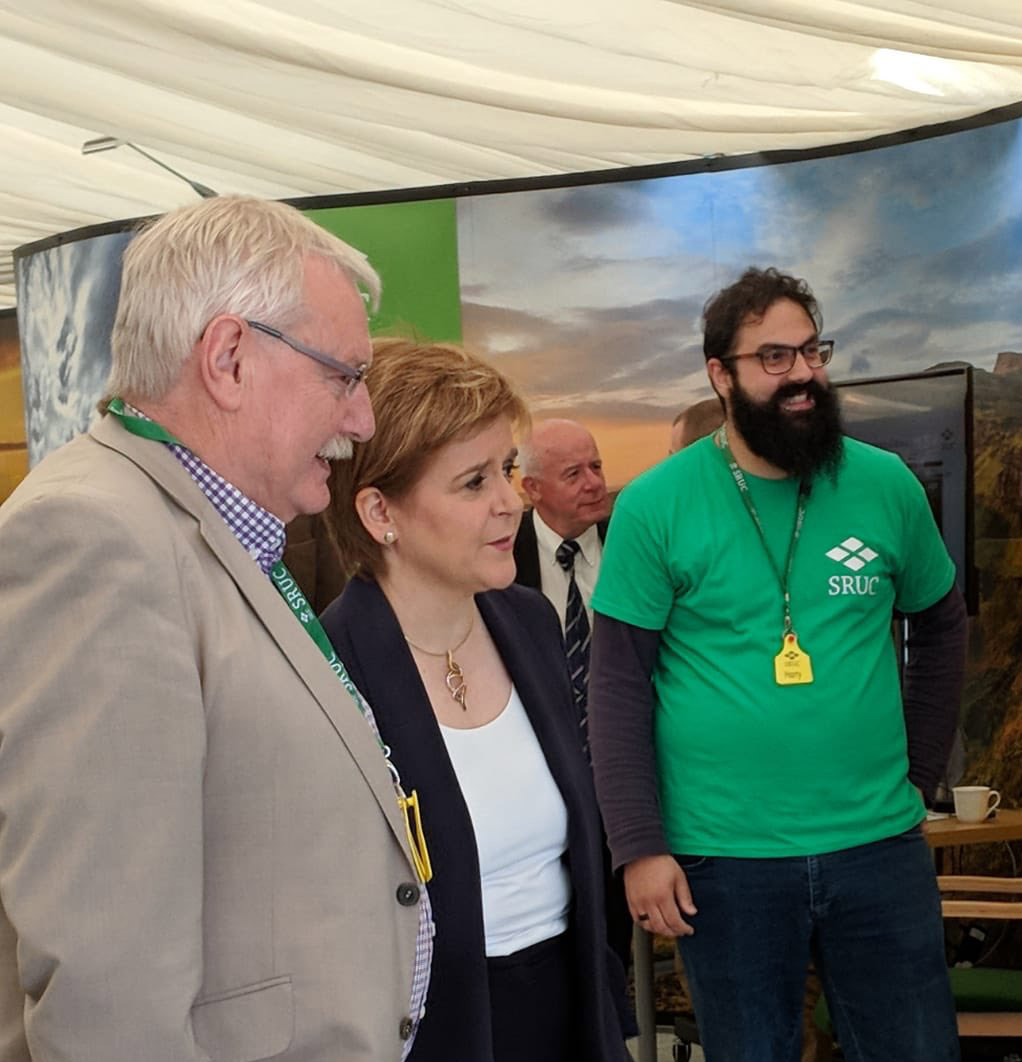 Scotland’s Rural College is celebrating its most successful year as an exhibitor at the Royal Highland Show.

First Minister Nicola Sturgeon and Fergus Ewing, Cabinet Secretary for the Rural Economy, and David Mundell, Secretary of State for Scotland, were among the VIPs to visit the SRUC stand, which focussed on disruptive technologies.

Miniature drones, 360-degree virtual reality headsets and a tractor simulator were among the most popular attractions, but the biggest draw was the SRUC milkshake bar, where more than 5,000 free samples were given away by staff and students.

Around 4,000 ‘Grow Your Future’ bags, containing course information, a recipe card and even thyme seeds, were also handed out.

Caroline Bysh, SRUC’s Director of Marketing, Digital and Communications, said: “Our plan was always to make this year’s Royal Highland Show stand bolder, brighter and more interactive than ever, and we were absolutely thrilled to see a full, buzzing marquee throughout all four days. It was a tremendous effort by everyone involved and we’re already looking forward to another triumphant show at Ingliston in 2020.”