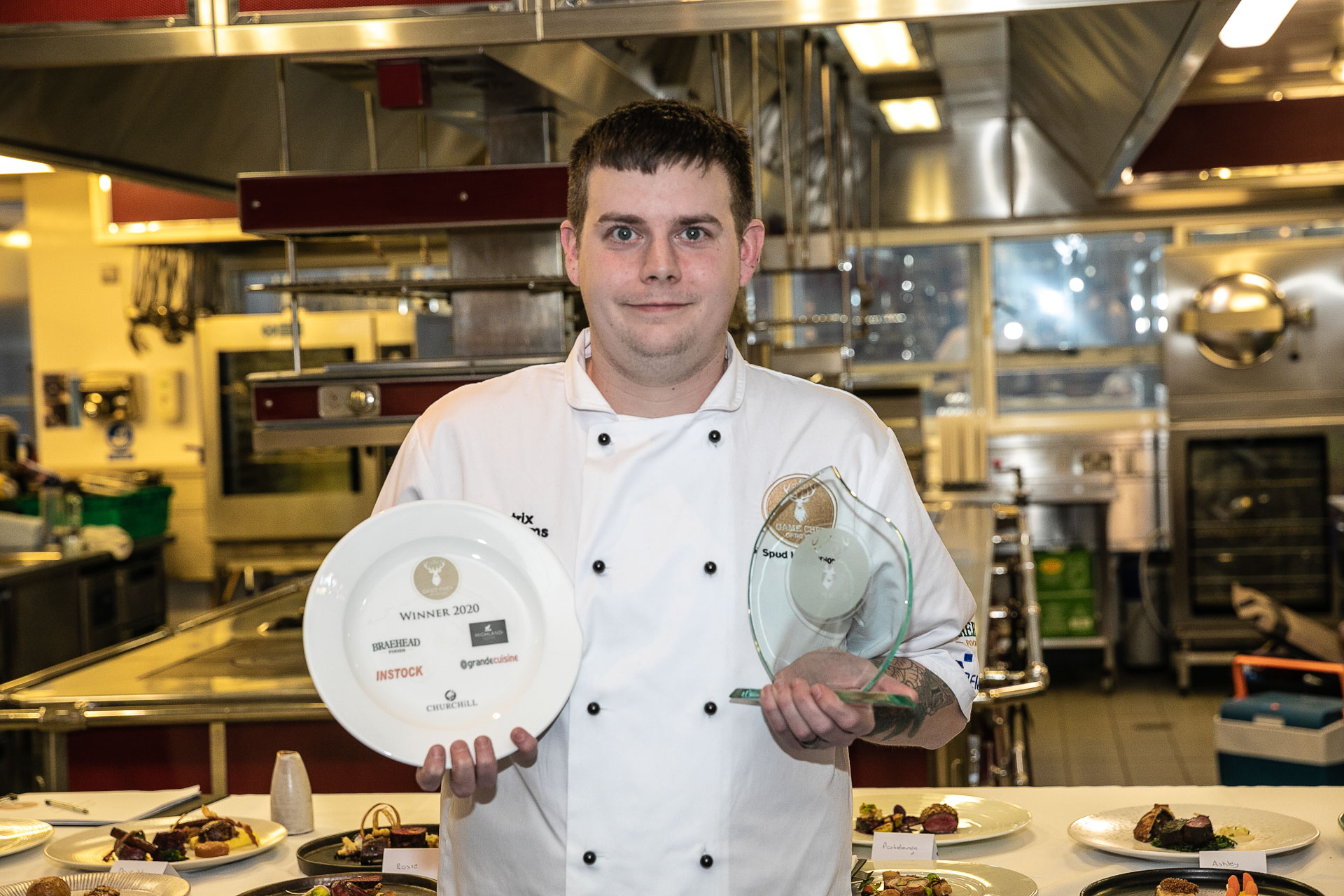 Former SRUC student Spud Henderson is in the running for a prestigious scholarship.

Fife chef Spud Henderson has been selected as a finalist for the second Andrew Fairlie Scholarship.

The 31-year-old from Anstruther is one of six chefs in the running for the prestigious scholarship, which was first launched in February 2019 in recognition of Andrew Fairlie’s significant and lasting contribution to the hospitality industry.

Spearheaded by HIT Scotland and supported by the First Minister, Scottish Government and The Gleneagles Hotel, it recognises two outstanding individuals – one male and one female - who are forging ahead with their culinary career and working in Scotland.

Spud, who works as a chef de partie at Craig Millar @ 16 West End in St Monans, graduated from SRUC with an HNC in Professional Cookery.

Towards the end of his course at SRUC’s Elmwood campus, he did a work placement at Craig Millar’s restaurant and was offered a job as a commis chef.

Having worked his way up over eight years to become a chef de partie, his greatest achievement to date is winning the Game Chef of the Year competition in 2020.

The scholarship would offer him industry-wide recognition and once-in-a-lifetime opportunities such as a practical stage in an international kitchen and at Michelin star restaurants Restaurant Andrew Fairlie at Gleneagles and Core by Clare Smyth.

Spud said: “I was over the moon to find out I had been selected for the finals. It was great news to get with everything that is going on.

“Winning would be a great achievement for me, and the chance to learn new skills from some of the best would be great.”

Elmwood chef lecturer Wullie Balfour said: “Spud was with the SRUC Hospitality department for three years and it was clear from the start that he was passionate about becoming a chef.

“During his time with us, he always wanted to push himself by applying for competitions. It came as no surprise to the team when he won the 2020 Game Chef of the Year.

“To be a finalist for the Andrew Fairlie scholarship is a testament to his hard work and determination. All the staff and students are super proud of Spud’s achievements and we are keeping our fingers crossed that he wins this prestigious award.”

The final stage of the competition – which has been postponed until later in 2021 due to Covid-19 - will take place at Gleneagles, where each of the finalists’ skills will be put to the ultimate test before the winners are announced.

To find out more about studying hospitality at SRUC, visit www.sruc.ac.uk/courses