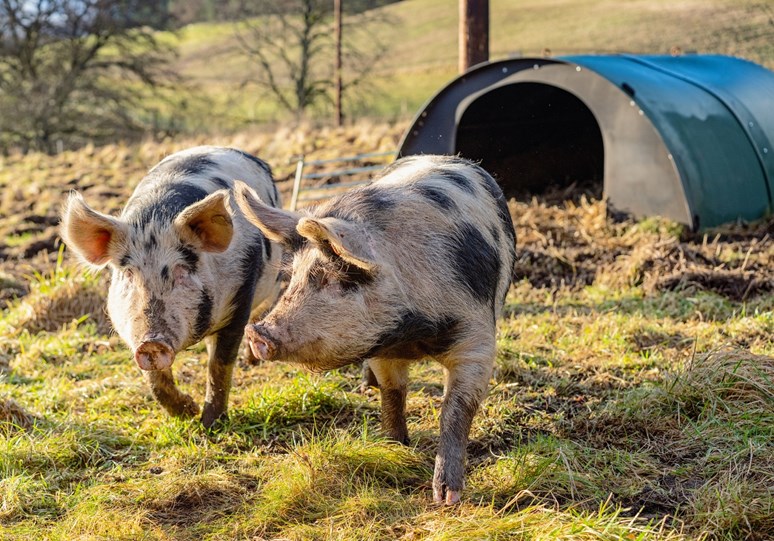 A new study will look at how positive forms of social interaction in pigs can benefit welfare.

An innovative project will look at whether the social competence of pigs – and in turn their welfare – can be improved through management and breeding.

Social competence covers the range of decisions an animal makes in different social situations – such as whether to fight or flee or play or not.

Traditionally, the effects of these social decisions have been studied in isolation but in the real world they are likely to combine to influence the animal’s welfare.

For the first time, a study led by SRUC, will use the idea of social competence, and whether it can be passed from one generation to another, to try to improve animal welfare.

The research, which will be carried out in collaboration with the School of Biological Sciences at Queen’s University Belfast and the Pig Improvement Company, will focus on pigs, which have complex social lives involving a range of positive and negative forms of social interaction.

The negative forms of interaction reduce their welfare and their economic productivity, as well as increasing their environmental footprint, as animals use energy from food to fuel undesirable behaviours.

However, little is known about how the positive forms of interaction – such as social play and grooming – benefit their welfare.

This project will be a major step towards understanding these benefits by exploring how decisions made in a wide range of social situations relevant to modern farming environments combine to influence overall welfare.

It will test how social competence is influenced by the social environment the animals experience early in life and by the complexity of the physical environment.

The researchers will also examine whether choosing socially competent animals to be the parents of the next generation will simultaneously benefit their productivity as well as their welfare.

Lead researcher Simon Turner said: “This will be the first study to apply the idea of overall social competence to improve animal welfare.

“As positive social behaviours are likely to be crucial to social competence, it will increase our understanding of how positive forms of social interaction benefit welfare.

“We will also study for the first time whether it is possible to increase expression of these positive behaviours through careful choice of which animals to breed.

“Our aim is to benefit animal welfare while simultaneously supporting farmers to produce animals that are profitable to their business and need less food to grow well, thereby benefiting the environmental footprint of farming.

“Pigs, and other species, show social behaviours that are difficult to improve when we look at these behaviours as isolated phenomena. We expect that, by taking a higher-level approach, we can favour animals that have the social skills to navigate a wide range of social situations.”

While the project will focus on pigs, it is expected that the findings of the research, which is funded by the Biotechnology and Biological Sciences Research Council and the Pig Improvement Company, will be relevant across a wide range of species.