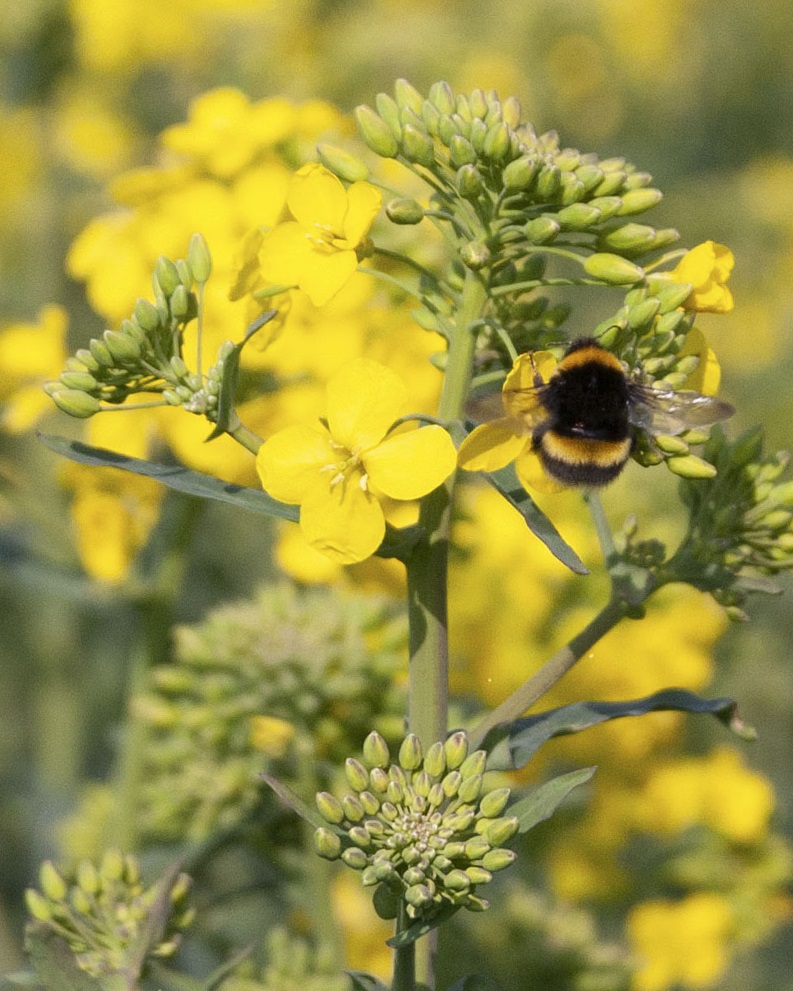 Oilseed rape is an important crop with multiple uses, such as vegetable oil for human consumption and biodiesel.

However, like all floral crops, it relies on insect pollination to increase seed production.

This results in taller, less structurally dense plants that are more susceptible to external factors such as excessive wind. In addition, they produce fewer pods and fewer seeds per pod.

The research, published in Basic and Applied Ecology, could help growers identify a deficiency in pollination and take remedial action by introducing managed honeybees or planting floral-rich field margins to attract wild pollinators.

Supervisor Dr Lorna Cole said: “Stace’s work highlights how oilseed rape changes how it allocates energy between growth and reproduction. Importantly for growers, oilseed that is suffering from insufficient pollination will display traits that growers could use as an early warning of pollination deficits - such as prolonged flowering, or tall leggy plants.”

Stace said: “By detecting these deficits and managing pollination as an agricultural input, growers can exploit the valuable ecosystem service offered by insect pollinators to increase economic output well into the future.”