One granite leap for mankind 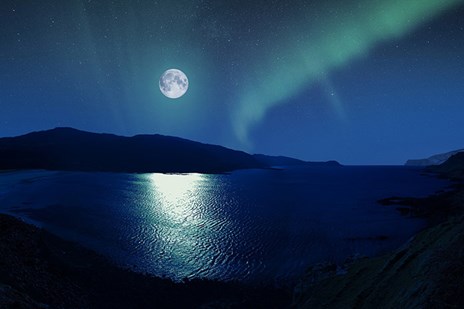 "Moon and Northern Lights over lake/loch"

If humankind is to colonise the Moon, soil scientists of the future won’t need to travel quarter of a million miles to learn how to grow crops on the lunar surface – they just need to go to Aberdeen.

As the world celebrates this weekend (20-21 July) the 50th anniversary of Apollo 11’s successful landing, researchers at Scotland’s Rural College are highlighting the giant leaps made during a long-running pH experiment at its Craibstone campus, which could provide vital data for future Moon missions.

pH is a numerical scale describing a solution’s acidity or alkalinity, with a pH of 7 in soil considered neutral. An acid soil has a pH less than 7 and an alkaline soil has a pH above 7.

Established in 1961 – the same year President John F Kennedy told Congress that the US should commit itself to “landing a man on the Moon and returning him safely to the Earth” – data from SRUC’s experiment has helped generations of farmers and students to understand the impact of acidity/alkalinity on crop yield.

Each crop has an optimum pH range and even a small difference in pH above or below that can significantly reduce yield. The experiment also shows how different weeds thrive at certain pHs.

Professor Christine Watson points out that, because the lunar surface may be very alkaline, the high pH would be one of the major challenges to crop growth.

She said: “It’s fair to say that growing anything on the Moon would pose a bit of a challenge! The surface of the Moon is made up of a very primitive kind of soil which is a bit like volcanic dust on Earth. In terrestrial soils, rocks get weathered by water which doesn’t happen on the Moon.

“Also, the soils on the Moon contain no organic matter, microorganisms or soil animals. This means that lunar soils don’t have structure created by the soil life and organic matter and there is very little in the way of nutrients cycling around.

“Leaving the lack of atmosphere aside for a moment, you could take the lunar ‘soil’ as a basic substrate for plant growth and, if you planted seeds and gave them water and nutrients, they would grow.

“There are likely to be toxic elements in the rocky materials so we’d need to know about that too. If people are to live on the Moon one day, our soil scientist of the future would need all the skills of a good soil scientist here on Earth – knowing about things like mineralogy and soil ecology. And, if they wanted to know more about pH, then Aberdeen is probably the best place in the universe to go.”