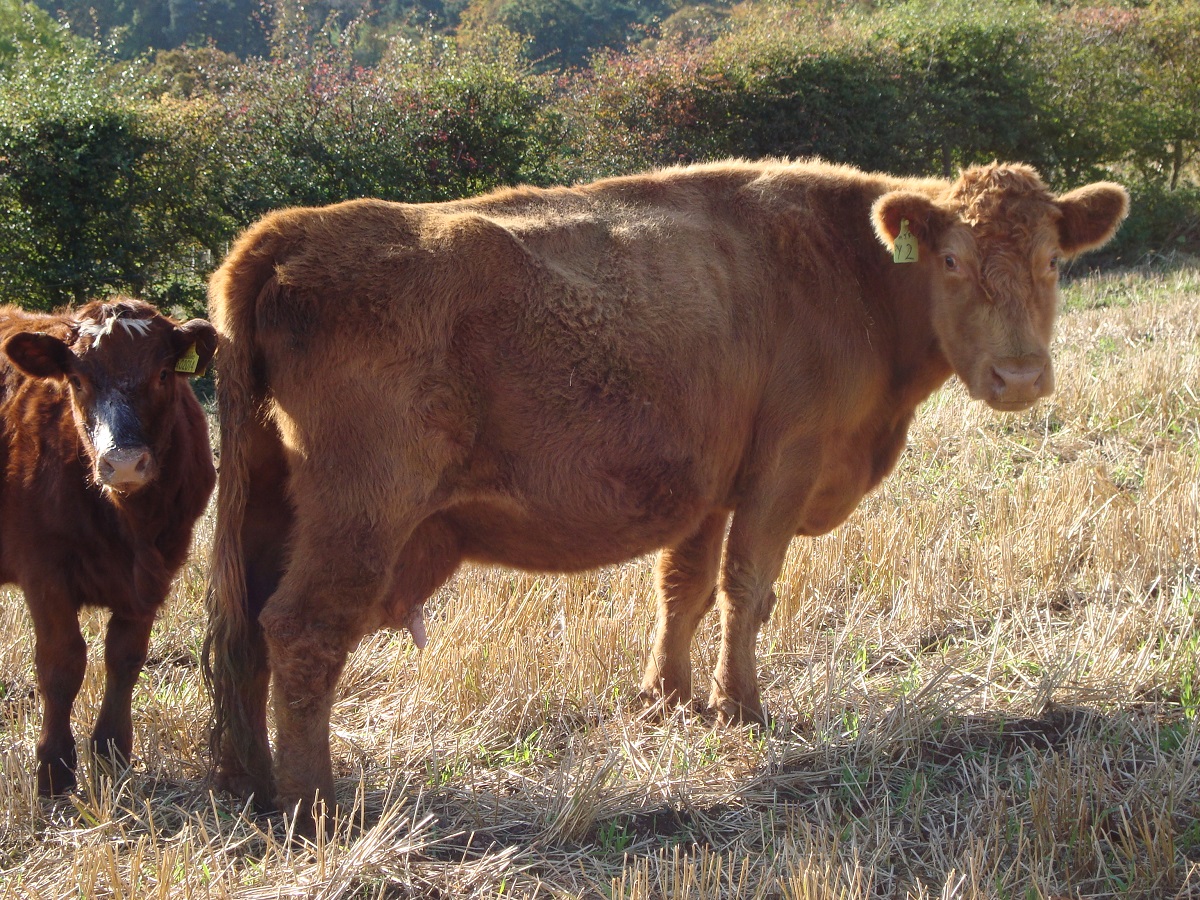 Calf viability and growth are improved by a moderate condition score in pregnant suckler cows.

Body condition scoring is a rapid way to assess fat coverage of livestock, and in cattle it is scored on a 1 (lean) to 5 (obese) scale.

However, researchers from Scotland’s Rural College (SRUC) found there is currently a large variation within and between Scottish beef farms in the management of body condition in pregnant suckler cows.

In the first study to examine the effect of cow body condition and its change over pregnancy on calf development, they scored the condition of 2366 cows from 21 farms – the majority in Scotland along with some from the north of England.

Cows from a range of breeds were condition-scored during mid-pregnancy as they were moved from grazing to winter housing, and again in late pregnancy in early spring.

The researchers then collected data on the calving event - including the calf size, vigour and need for assistance, and checked calf growth rate at three different stages between birth to slaughter, before evaluating the calf carcass grade.

This information was used to create the largest ever dataset on beef cow condition.

The research found only 41 per cent of cows were within +/- 0.5 condition points of the recommended targets, with cows showing wide variation in condition gain and loss over pregnancy.

Cows that were lean in late pregnancy also had calves that were 7 per cent less vigorous at birth than calves of other cows.

Meanwhile calf weight gain to weaning was around 1.5 per cent better if the mother had stayed within 0.5 condition points between mid and late pregnancy as compared to gaining or losing condition.

The research shows there is considerable scope to more closely manage body condition in pregnant suckler cows, leading to more vigorous calves that grow faster for many months after birth.

While some effort is required to encourage adoption of the long-established method of condition scoring, it requires minimal time, no additional equipment, little training and can be performed during routine handling.

Simon Turner, senior researcher in SRUC’s Animal and Veterinary Sciences Department, said: “The results indicate that obesity during the earlier stages of pregnancy is likely to be damaging, particularly if followed by substantial condition loss as pregnancy progresses.

“There is much scope to better manage body condition. Calf viability and growth are improved by a moderate condition score and avoiding large swings in condition over time.”

The research was funded under the Scottish Government Rural Affairs and the Environment Portfolio Strategic Research Programme 2016-2021.

You can read the report on our Pure website.