The most common disease presentation of most clostridial disease in cattle is sudden death. However, we are aware of a number of cases of Black’s disease over the last five years which have presented alive and have often lived long enough to be examined by a vet.

The graph below shows the number of diagnoses of Black’s disease across Scotland in the last five years. While it is not a particularly common diagnosis, it is worth being aware that all bar two of these diagnoses were from south-west Scotland, and that mortality within affected herds can be high. 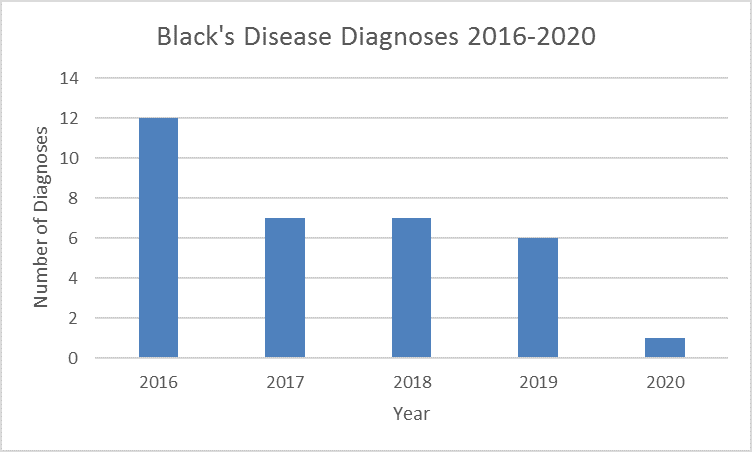 Diagnoses of Black's disease in Scotland in the last 5 years.

Of these 33 cases, 17 were seen alive. The most common clinical signs were: 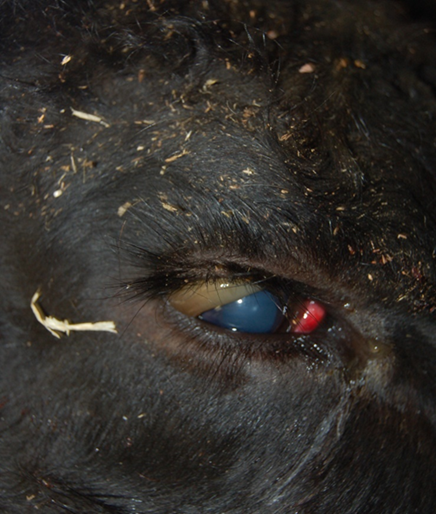 Chemosis in an animal affected by Black's disease.

Additionally, all had non-specific clinical signs such as being dull and lethargic or having a reduced appetite. The longest period of time from onset of clinical signs to death was three days, in an animal that had pyrexia, chemosis, jaundice and increased periods of recumbency.

The images below show features of Black’s disease cases at postmortem:

Lesions in a fresh carcase (left) vs lesions in a carcase following autolysis (right).