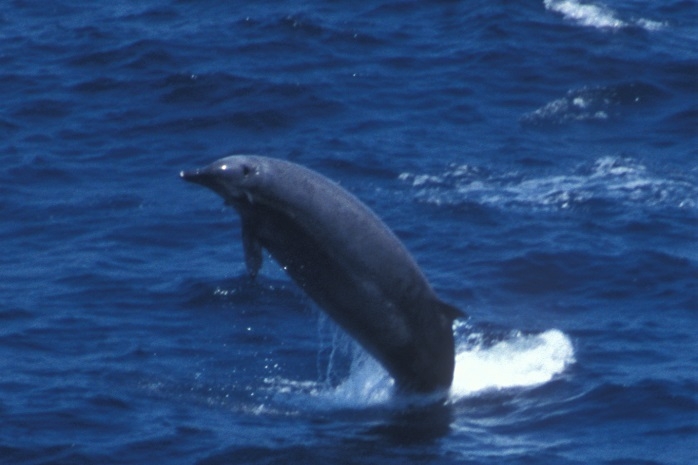 One of the world’s most mysterious species of whale was stranded in Britain for the first time, according to new research.

The female True’s beaked whale was found at Kearvaig Bay in Sutherland earlier this year where it was examined by the Scottish Marine Animal Stranding Scheme (SMASS) – part of SRUC.

The cause of death was found to be trauma associated with live stranding, most likely as a result of a severe storm.

However in a paper published in Mammal Communications, the online journal of the Mammal Society, researchers said it may be an indicator of wider problems in marine ecosystems.

The whale – which is the fourth beaked whale species to strand in the UK – is now in the collections of the National Museums Scotland (NMS).

Dr Andrew Kitchener, Principal Curator of Vertebrates at NMS, said: “True’s beaked whale is a deep-water species and like other beaked whales would be expected to strand only rarely.

“While this discovery adds to the diversity of cetaceans we see in Britain, in recent years there have been many deaths of beaked whales, which may signify that human activities may be causing increasing problems in our wider oceans.”

Dr Andrew Brownlow, head of SMASS, said: “Beaked whales are a famously difficult or ‘cryptic’, species to understand. Their main habitat is thought to be the deep ocean; in Scotland this is around 80 miles offshore on the continental shelf, which is not an easy place to monitor.

“At the surface, beaked whales can be difficult to spot; they are not as acrobatic or visible as many other whale or dolphin species, and hence much of the information we have on them comes from examining stranded individuals that wash up on our beaches. From this we can get an idea of distribution and identify possible threats to these otherwise quite mysterious creatures

“Our finding of a True’s beaked whale adds a fourth beaked whale species to those we have strandings records for in the UK. Although this is just one animal, it highlights the increasing diversity of species we have out in our waters and emphasises even more the need to better understand our deep ocean habitats and the impacts human activities are having on these amazing but enigmatic species.”