The Beekeeper of Stalag 383 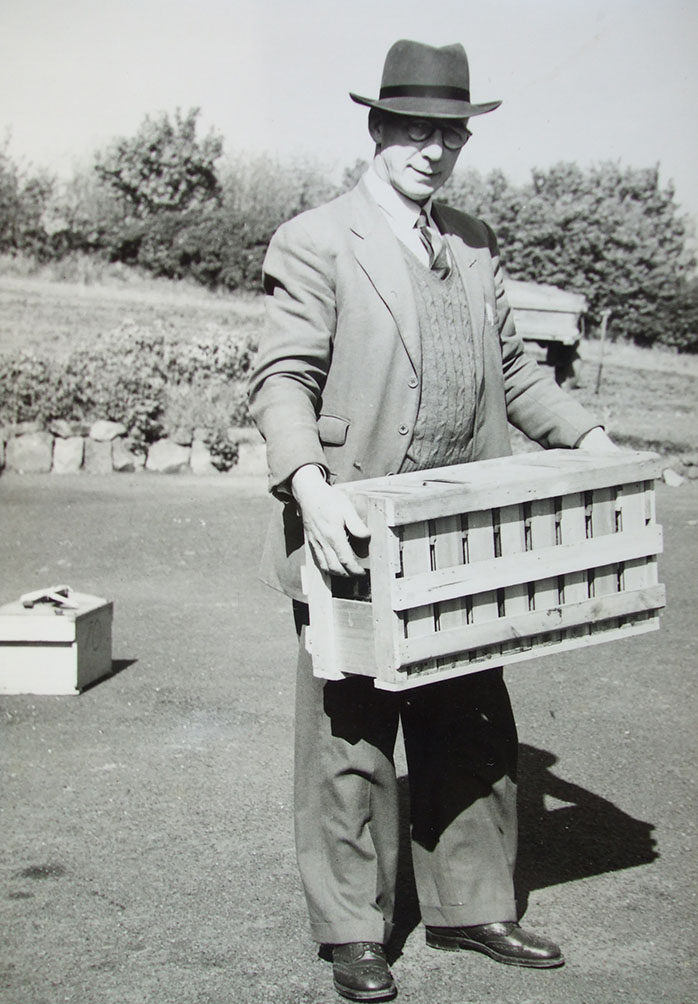 "After the War, James became Head of Beekeeping at the West of Scotland Agricultural College, now SRUC"

The long forgotten story of a beekeeping Scottish prisoner of war has been unearthed by researchers at Scotland’s Rural College, writes Nick Drainey.

Despite refusing to “slave” for Hitler and being forced to endure a bitter march across Europe after his capture, Company Sergeant Major James Hamilton Savage persuaded the Nazi guards in Stalag 383 to allow him to set up beehives behind the barbed wire fences. 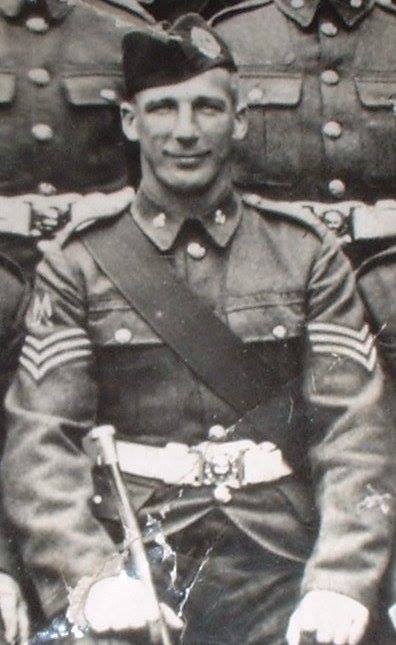 His incredible story came to light after librarians discovered a record of the former head of beekeeping at the West of Scotland Agricultural College, now SRUC.

CSM Savage was captured and taken Prisoner of War in St Valery en Caux in northern France in 1940 after the 51st Highland Division were left behind following the Dunkirk evacuation.

There followed a forced march across Europe to Poland, where he and hundreds of other NCOs refused to work for Hitler. They ended up being moved to Stalag 383 near Hohenfels in Bavaria, where his love of bees flourished.

In 1942 the Captive Drones Association was started by CSM Savage – he had first learned beekeeping from his father in Ayrshire but was able to get books through the Red Cross. President of the association and close friend was Captain (Rev) Kenneth Grant who went on to become Bishop of Argyll and the Isles after the war.

His grandson, Trevor Pocknell, who lives in Northamptonshire says the Nazis “could have just shot him” when he refused to work for Hitler. “It ended up being 10s and then 100s of NCOs who the Germans just couldn’t get to slave for them. They completely refused and went through all sorts of ordeals – being chained up and thrown into prison but they wouldn’t change their minds. They ended up being put into Stalag 383 in Bavaria – a prisoner of war camp for NCOs who refused to work for the Germans.”

But they ended up keeping bees in the rather unusual camp. “They organised themselves very well – it has been called a barbed wire university because all sorts of education went on. They talked the Germans into provided things in exchange for cigarettes and things from their Red Cross parcels.

“My grandfather was taken out to meet a beekeeper in the neighbouring village of Hohenfels. The beekeeper wasn’t impressed to start with because grandad was a soldier but when he realised he was a knowledgeable beekeeper they got on like a house on fire. In fact, the German provided the first hive and bees.”

The first hive came from the village and his grandfather began making hives from Red Cross crates sent to the camp and when bees swarmed above the camp CSM Savage caught some to put in the subsequent hives.

“He would have learned from his father and he further educated himself because they were able to get books through the Red Cross and the YMCA. The British Beekeeping Association helped them in every way they could including in examinations - my grandfather was teaching the other beekeepers.” 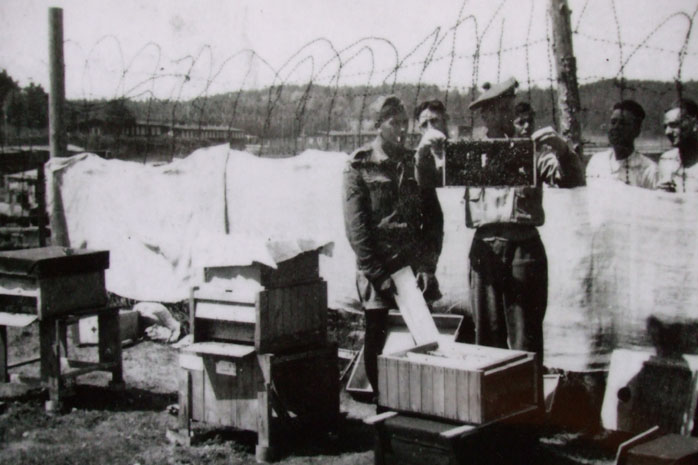 The prisoners, however, only got to taste a little of the honey with their meagre rations. Most of it stayed with the bees to help them survive winter and the PoWs gave some of their sugar rations to them as well. Rather than a source of food, beekeeping was something to keep them occupied, says Trevor. “It was keeping them interested in something rather than mulling over their situation. They were basically in there for the whole of the war.”

When war ended it was recorded that he hid in a coal heap with other PoWs, worried about reprisals from the Germans. “The Germans were running scared and they moved everyone out of the camp. The prisoners would have been worried about their fate.”

He left the military after the war and went to West of Scotland Agricultural College where he was employed as a lecturer in beekeeping, eventually becoming the Head of Beekeeping. His work there was informed by his experiences in Stalag 383. Trevor says: “He not only learned these things, he developed new ways of separating queen bees and building hives. He passed that on to his students.”

Trever said the wider family only became aware of the exploits of CSM Savage when he began researching it long after his death. He had actually joined The Queens Own Cameron Highlanders in 1922 and was awarded the Military Medal for bravery in Palestine in the 1930s - despite chest and knee injuries in an ambushed lorry accident he covered Capt. CS Clarke in a counter-attack, using a Lewis gun. Trevor says: “The reason I got into it is because my grandad did a brain dump of the family tree which my mum wrote on to a piece of paper. It is that piece of paper with grandad’s memories which is what started me. I found the odd error in his memory but largely he was correct – very clever man.”

Although he died in 1985, his grandson still has fond memories of him and says despite the horrors of war which he endured, particularly the capture at St Valery and cruel march across Europe, he was “soft spoken and never had an angry word”.

He added: “He came across as a very loving, family man – always happy and always friendly. He was always very clever and intelligent; he could make things with his hands, he could do everything.”

Professor Jamie Newbold, SRUC’s Academic Director, said: “SRUC has been at the heart of rural life in Scotland for more than a century, but there’s no doubt the story of James Savage and his ‘Captive Drones’ is among the most fascinating to emerge from our archives. I’m sure that James would be pleased to know that – through our research, teaching and consulting – we continue to recognise the huge importance of bees and other pollinators to the food chain.”

To find out more about SRUC’s Archives, please email archives@sruc.ac.uk