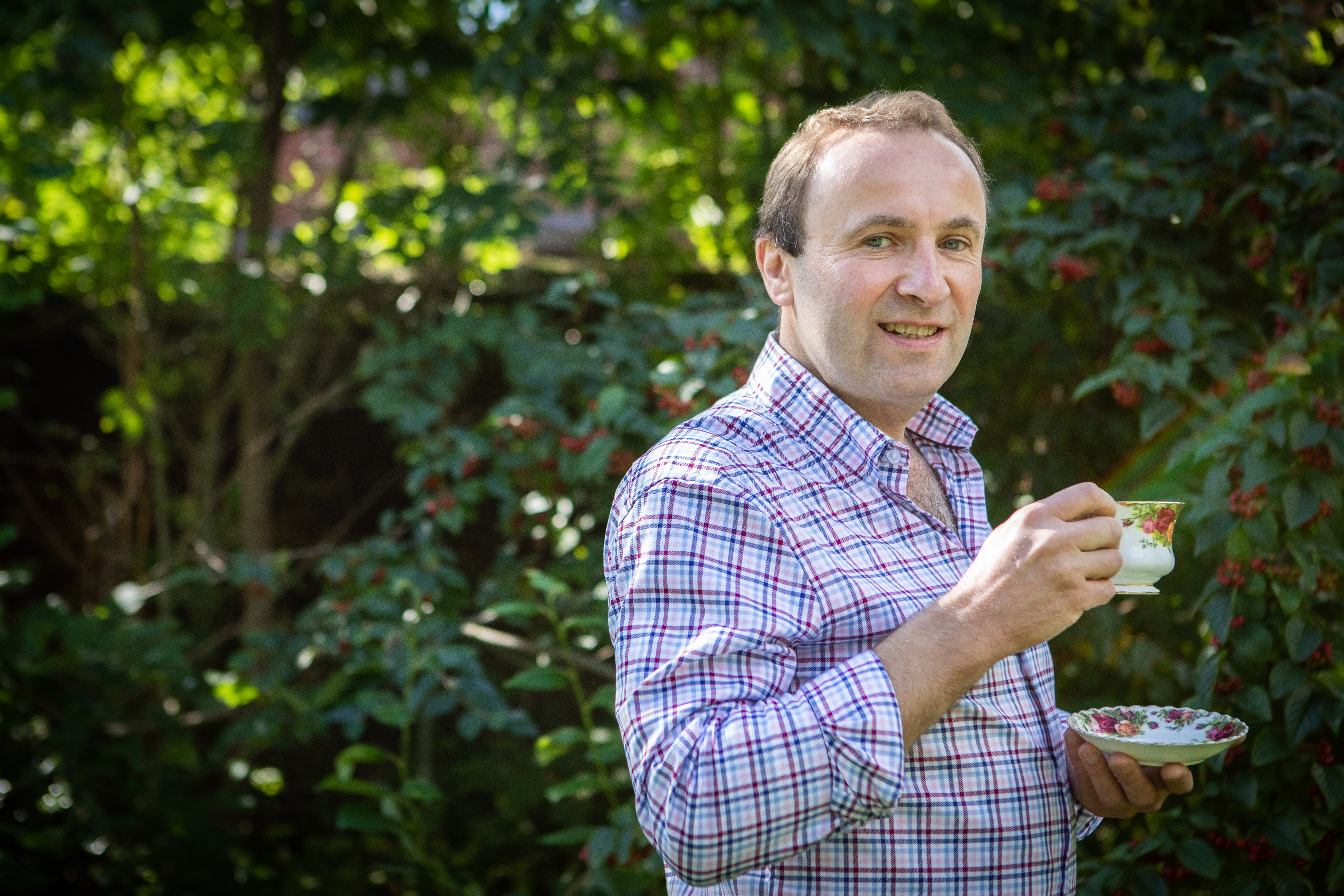 When you think about where your morning cuppa comes from, you might not picture a plantation in the heart of the Scottish landscape.

But there about 40 tea growers across Scotland, and a group of them are now working together to solidify and expand the burgeoning Scottish tea industry.

With the help of SRUC, the Soil Association Scotland-led Rural Innovation Support Service (RISS) group of growers is investigating the genetics, production and propagation methods of tea growing in order to determine the best finished and most profitable tea that can be grown in Scotland.

“‘Tea? Scotland? Really?’ is the main question that we as tea growers in Scotland have to answer,” he said. “I suppose like most people I didn’t realise it was possible at first. Because of the types of country where tea is generally grown, you tend to think of it being this tropical type of plant that wouldn’t thrive in our climate.

“But when you look more closely at places like Darjeeling, Sri Lanka, or parts of China, what they have in common is high rainfall, good acidic soils, often lots of cloud cover, not necessarily a lot of strong direct sunshine, and when you put those conditions together that does start to sound a bit more like Scotland!”

But of course there is a specific approach to growing tea within a Scottish climate, too, Ross explained. “It looks like there are as many as maybe 40 different growers around Scotland. Our members come from a real geographic spread – from Dumfries to Orkney, from Fife to Arran – so we’re starting to understand between us what’s possible in different parts of Scotland.

“It’s ultimately down to which cultivar you’re growing, and how you grow and protect the plants. Between us, some people are growing entirely under polytunnels, and some are trying to do it all outside with some winter protection. We’re really experimenting with both those extremes.

“It’s fair to say that the tea plants are quite slow to establish, but once you get them established, they do appear to be hardier and stronger. It’s those first few years that are quite tough. It’s not necessarily the coldness of the winters that matter, but while the plants can be frost hardy, they tend to be more sensitive to cold winds, and they certainly don’t like late frosts that come on after a warm spring.”

The RISS group will work SRUC’s Dr David Marshall to understand the genetics of the tea variety they’re growing, in order to grow and propagate a tea most profitable for growing in Scotland.

The group is being facilitated by Alistair Trail of SAC Consulting, part of SRUC. He says: “It’s about understanding exactly what tea we’ve got and using that information in a scientific way to grow it better. In the long term, we’d like to optimise the tea to suit the growing conditions in Scotland to find the most economical approach.”

“There’s clearly a market for Scottish grown tea,” added Richard. “If you look at history, there’s a really strong tradition of Scottish tea planters, and we’ve always had expertise in growing and processing tea. My own grandfather was a tea planter in Sri Lanka, and I grew up with these stories of Scots taking tea around the world. I like the idea of bringing tea home.”