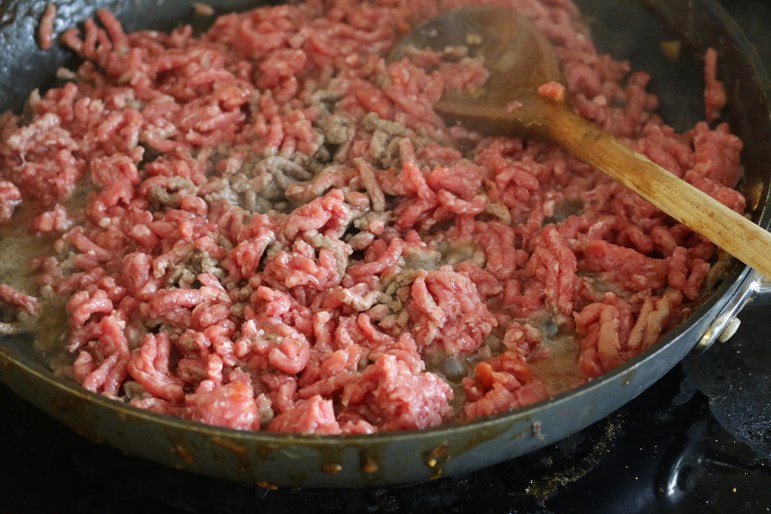 Instructions should always be followed when cooking with mince.

SRUC has worked with Food Standards Scotland (FSS) to produce a new report designed to address knowledge gaps around the microbial quality of beef mince sold in Scotland.

The survey, conducted in 2019 with 1,009 samples of beef mince on retail sale across the country, had three core objectives:

The survey found levels of Campylobacter at 0.1 per cent and Salmonella 0.3 per cent, and Shigatoxigenic Escherichia coli (STEC) at 3.5 per cent contamination in the products tested.

It also found that the detected STECs varied in their severity, with some associated with causing the most severe forms of human illness.

Dr Marianne James, Head of Risk Assessment at Food Standards Scotland, said: “The levels of microbiological quality were encouraging, and in line with similar studies in other countries in the past.

“Additionally, the study also identified no significant differences between confirmed STEC and all tested factors, such as season, geographical location, or retailer type.

“The levels of AMR in beef mince were low, and any resistance found was to commonly used, first line antibiotics. This provides some reassurance that fresh beef mince on retail sale in Scotland is unlikely to currently be a major foodborne route for transmission from cattle to humans of AMR to critically important antimicrobials.

“Against that background, adherence to cooking instructions on all beef mince packaging and strict hygiene when handling raw mince, remains important to avoid any potential illness associated with the product.”

FSS worked closely with SRUC on the project and George Gunn, Head of Veterinary Epidemiology, said: “Our survey provided a baseline understanding of the microbiological status of fresh minced beef on retail sale in Scotland while also identifying gaps in our knowledge and the evidence base.”

Beef mince sold in Scotland is not intended to be eaten raw or less than thoroughly cooked. Unless the food packaging says otherwise, it should be thoroughly cooked. Cooking instructions should be followed and hands should be washed immediately after handling raw mince. If in doubt, consult the FSS website on safe cooking of food at home.

The project team would also like to thank the network of sample collectors and all retailers and producers for their co-operation with the survey.