Potato bean in running to be next superfood 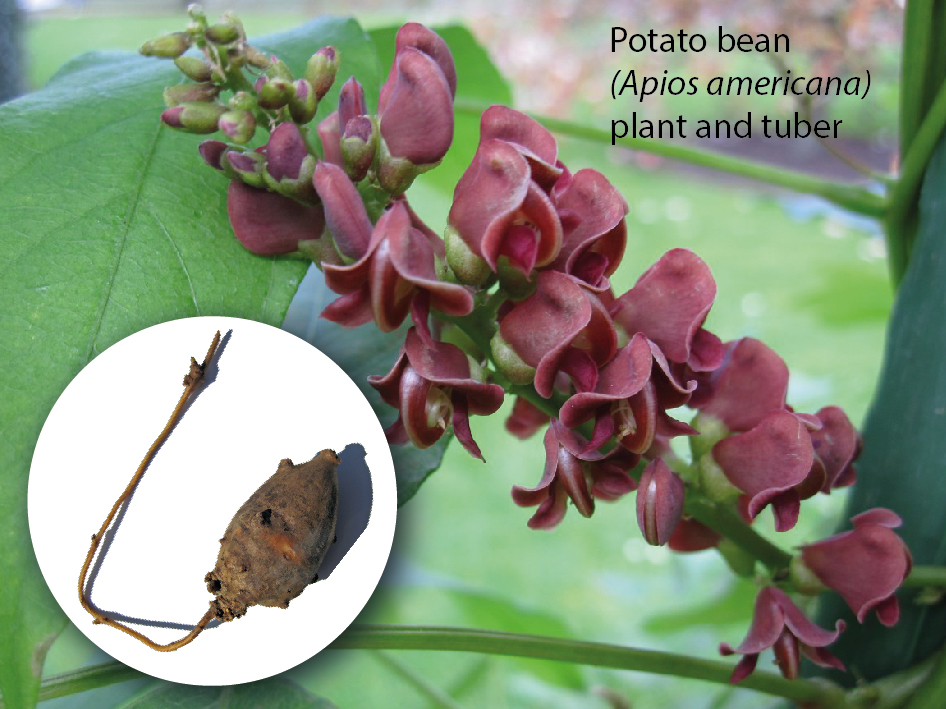 The protein-rich potato bean could be grown in the UK.

A plant native to America could be grown in the UK, bringing huge benefits for a balanced, sustainable diet, new research has found.

Potato bean - Apios Americana – is commonly found in Florida, Texas and Colorado and was once a staple foraged food source.

Researchers from SRUC, the University of Aberdeen Rowett Institute and Royal Botanic Garden Edinburgh (RBGE) investigated whether the plant - which is high in protein – could be used as part of a healthier and biodiverse diet while also potentially helping the environment by being a dietary source of protein.

Dr Madalina Neacsu, from the Rowett Institute, said: “We studied the Apios Americana – or potato bean – as part of our research into novel and sustainable sources of protein and fibre in a bid to find alternatives and to diversify our dietary choices.

“The majority of people’s protein intake in the UK currently comes from animal sources. However, if we could diversify our recommended dietary intake of protein from plant-based sources, such as the potato bean, this could contribute towards meeting climate targets as well as improving health.

“The potato bean has shown previously that it can adapt to a wide geographical range and has a high tolerance to a wide range of conditions, so it is able to grow in environments away from America.”

Dr Robin Walker, from SRUC, said: “There seems to be definite potential in the implementation of new crops and foods being grown here in the UK that could help people maintain a more balanced diet.

“Further trials are now needed to gain more insight into the best way to grow and utilise Apios on a broader scale, taking into account its perennial growth habit and the potential to use its foliage and seeds as well as the tubers.”

The study, which was published in Journal of Food Composition and Analysis, was funded by the Scottish Government’s Rural and Environmental Science and Analytical Services Division (RESAS).