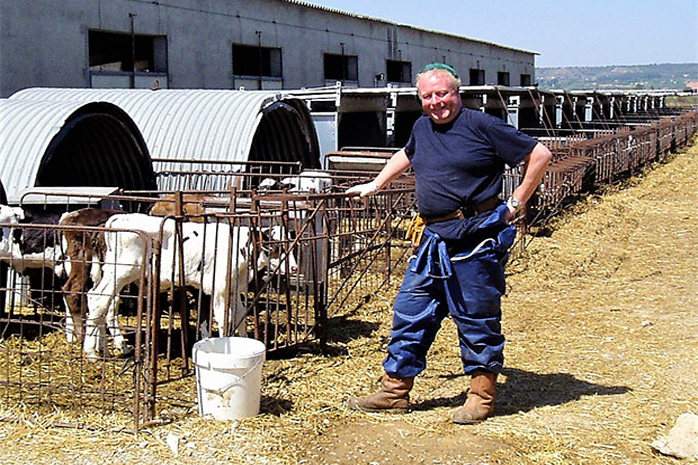 One of the world’s leading experts in livestock transportation is this week retiring after 15 years at Scotland’s Rural College.

Professor Malcolm Mitchell’s research has led to important changes in policy and regulation, with the welfare of millions of animals during transport being improved through his research.

A specialist in animal welfare and physiology, Prof Mitchell is also widely recognised as an international expert in the welfare of poultry, the use of thermal imaging in animal welfare and the introduction of sensors and monitoring systems in to Precision Livestock Farming (PLF) and Smart Farming.

Originally from Chesterfield in Derbyshire, Prof Mitchell gained a first-class honours degree at the University of Sheffield, gaining his PhD there in 1980.

Before joining SRUC in 2005, Prof Mitchell spent 24 years at the Roslin Institute, where he was a Principal Scientist and then Project Leader.

Among his numerous accolades over the years are the Humane Slaughter Association Award for Significant Advances in Humane Slaughter of Farmed Livestock in 2017; the BSAS/RSPCA Award for Innovation in Animal Welfare - for an outstanding contribution to understanding and improving the welfare of animals during transportation in 2011; and, in 2005, the Animal Transport Association (AATA) Public Service Award, which recognised his “outstanding contribution to the humane transport of animals”.

He said: “It has been an enormous pleasure to work with my friends and colleagues in SRUC, the Roslin Institute, the University of Edinburgh and the Global academic community. I have been involved in many collaborations with colleagues around the world and I feel that the outputs of our joint research programmes have enabled improvements in animal health and welfare and had real impact.

“It has all been very worthwhile and extremely enjoyable. I hope I can continue to play some role in the future but perhaps from a position where I can also devote more time to other pursuits."

Prof David Hopkins, Dean of SRUC’s Central Faculty, said: “In many ways, Malcolm epitomises SRUC – he is a high-achieving researcher and a specialist educator whose expertise is widely recognised and respected by industry and government.

“Malcolm is also a source of wise counsel, a collegiate member of the Animal and Veterinary Science team at the Roslin Institute building, and an enthusiastic communicator of science. Although formally retiring, Malcolm will be retaining his links with us and the wider academic community and we look forward to his continued presence in SRUC.”