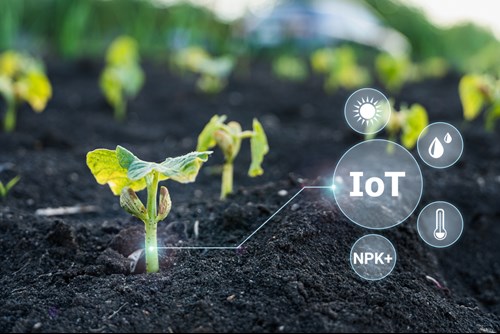 Two SRUC and SAC Consulting projects aimed at tackling climate change and enhancing competitiveness in the agriculture and food production sectors have been awarded more than £150,000.

They were among seven projects receiving an award from the Scottish Government’s Knowledge Transfer and Innovation Fund (KTIF), with funding focused on projects which help maximise resource efficiency, cut emissions and enhance viability.

The Trustable IoT project seeks to develop a set of open-source standardised processes for IoT sensors and digital devices that measure and triangulate biodiversity baselines and improvements.

“Trustable Credit is tackling this challenge developing and testing open international standards for digital devices and their data, for measuring carbon, biodiversity and other nature improvements.

“We want nature-based solutions projects to be able generate verifiable credits from their work, based on robust scientific methods proven by actual monitoring and measurement ‘in the field’, rather than relying on proxies and models.”

Initially focused on farms and farmers from five of the main farming systems in Scotland, it will create an active network which will enable farmers to share ideas and findings on best practice for increasing their carbon sequestration.