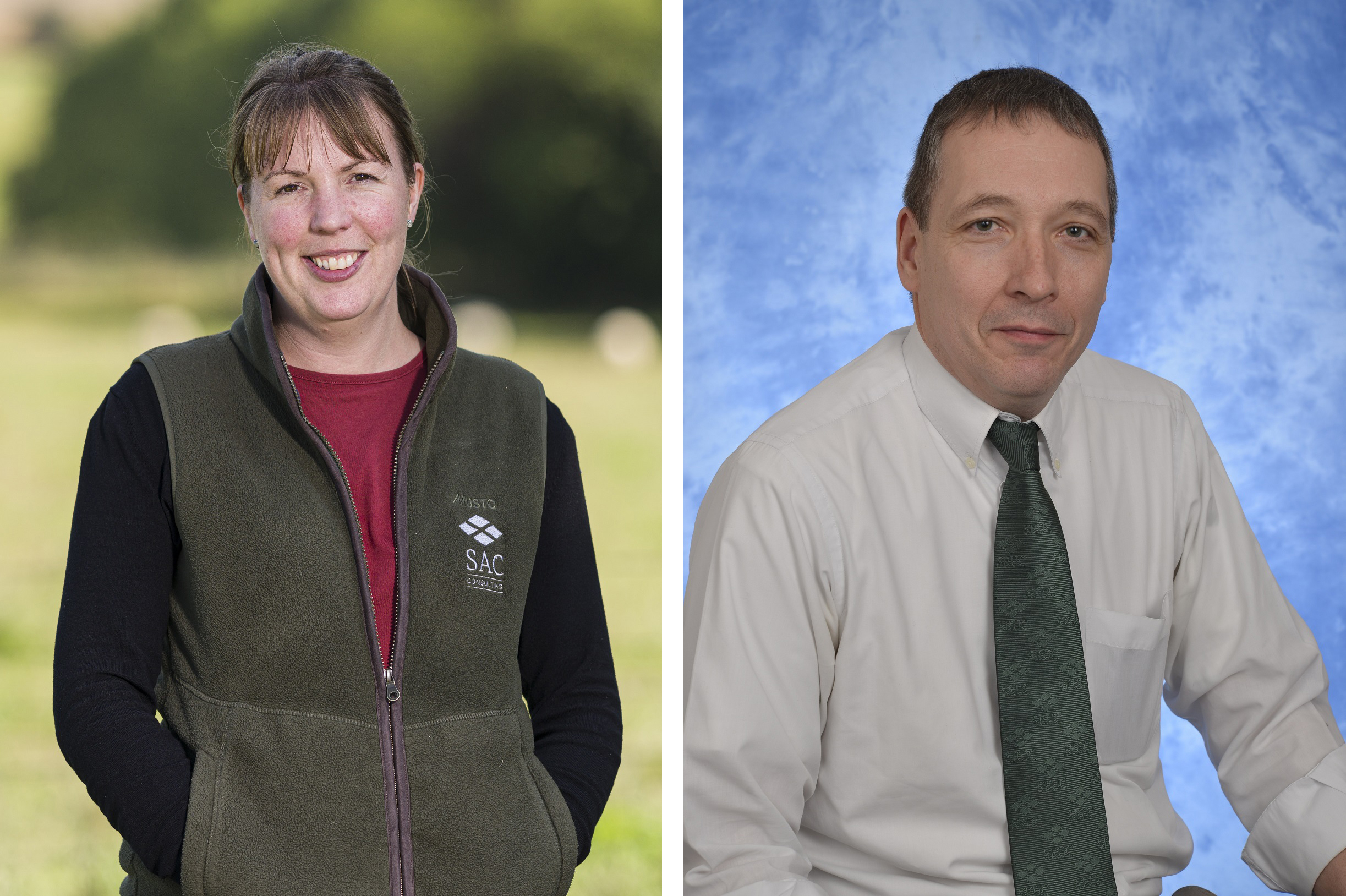 A sheep specialist and a manager with more than 30 years’ experience have picked up special awards from SAC Consulting.

The RC Stewart Prize is awarded annually to the person, or persons, who have contributed significantly to the development of consultancy work at SRUC.

With Covid affecting last year’s preparations, this year sees Kirsten Williams and Robin Mair collecting the prize for 2020 and 2021 respectively.

Normally based in SAC Consulting’s Turriff office in Aberdeenshire, the judges were impressed by the diversity and high quality of Kirsten’s work.

Manager of the Livestock Team, Kirsten’s industry and technical knowledge, allied to her communication skills and a down-to-earth approach, has led to the success of SAC Consulting, SRUC and farmers – new and established – across the country.

Meanwhile, with more than 30 years’ experience as a consultant, Stirlingshire area manager Robin successfully balances his family life, alongside his responsibility to more than 300 clients and the Forth Valley, his team and his work in the community as secretary of the local Rotary club.

The judges noted Robin’s pedigree but also his all-round abilities as an advisor, mentor, and leader.

Andrew Lacey, Head of SAC Consulting, said: “The strong list of nominees made it a very difficult choice for the judging panel. We have two excellent recipients this year and I’d like to thank everyone who took the time to make a nomination.

“Kirsten does not let anything get her down or stand in her way. She shows remarkable resilience and goes above and beyond by supporting others even when facing her own challenges.

“Robin is a highly regarded manager with a vast knowledge of many subjects. He is a fantastic leader and a great asset to SAC Consulting.

“I would like to congratulate both Kirsten and Robin for winning the RC Stewart Prize.”

The former President of Governors, Sir Robert C Stewart, instituted the prize in the Extension Division of the Edinburgh School of Agriculture in 1983.

Awarded periodically ever since, it recognises effort and excellence, particularly in the general advisory area but the prize may also be awarded to specialists who have contributed particularly to the advancement of farming.