Crofting in the Outer Hebrides in ascendency says SAC Consulting 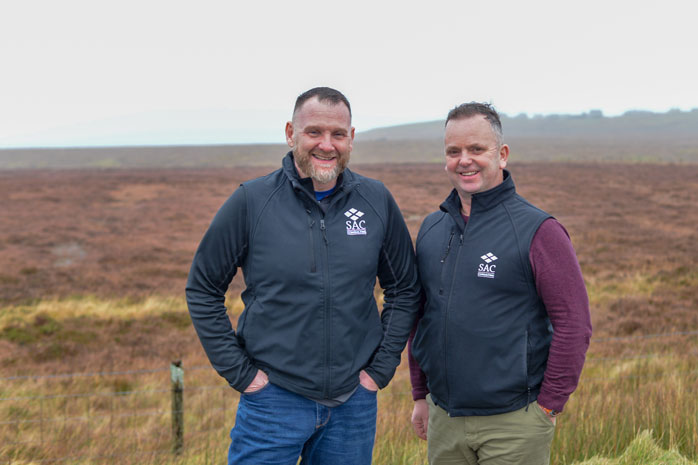 SAC Consulting’s team in the Highlands and Islands’ region is seeing a renewed interest in crofting.

Despite the challenge of farming some of the worst soils in the UK, agricultural inputs costing double of those sourced on the mainland and the tempestuous weather, crofting on the Hebridean islands of Lewis and Harris is in the ascendency, according to SAC Consulting’s Iain Macmillan.

Iain is manager of the advisory organisation’s office in Stornoway and runs 80 breeding ewes on his own croft.

“I’ve seen a positivity about crofting here that I’ve not seen in my lifetime. Crofters are working to build sheds, rear animals and buy their inputs together, as well as diversifying into additional new business ideas,” he says.

“The mix of people of all ages and backgrounds, plus the need to work together to overcome the adversities here is having interesting consequences, like redundant crofts coming back into production.”

Farming the “rubbish” land on the islands is a constant wrangle for crofters and the main thrust of the advice given by Iain and his colleague, Duncan Macintyre.

“The costs of farming here are colossal, a big bale of silage costing £20 on the mainland is currently trading for £50 per bale here; and a pallet of feed will cost around £45 more,” he adds. “There are two wholesalers here trying to create a fairer market, but it simply costs more to produce or get products here.”

But, as is often the case with adversity, people investigate other ways, he says.

“We’re advising crofters who want to buy and store feed together, or house fattening cattle together, to use the Crofting Agricultural Grant Scheme (CAGS) funding to work together, as villagers, to build communal sheds.”

“The quality of livestock has improved dramatically here, and people are very conscious that to make the best prices, they need to prepare good stock to sell – either as stores or fat,” he notes.

He adds that the collaborative thinking is extending to a strong willingness to take the management of traditional common grazing areas into more progressive and valuable use, including accessing the 80% Common Grazing grants which provide 80% grants of up to £125,000 over two years.

“We ran six common grazing workshops with the Crofting Commission late last year, they were really well attended with really proactive discussions into the importance of having a plan for what to do with income gained from the sale of land for housing and Agri Environment scheme options in partnership with the likes of the RSPB.

“For many the meetings brought really positive lightbulb moments, like what other diversified businesses could we run here? It’s really amazing how positive the business discussions have been.”

He added that the open discussions at these meetings homed in on the need to manage common grazing better, including involving young people keen to become crofters and to make their livings from the Hebridean Islands.

“The opportunities don’t stop at crofting, successes like the Harris Gin and the Hebridean Seaweed companies have been started and developed by local people, many of them local young people.”

Duncan Macintyre has recently joined the Stornoway office team, having previously worked for NFU Mutual for the Western Isles and as NFU Group Secretary for the region. Duncan has replaced Rob Black, who has now moved to the Oban SAC Consulting office.