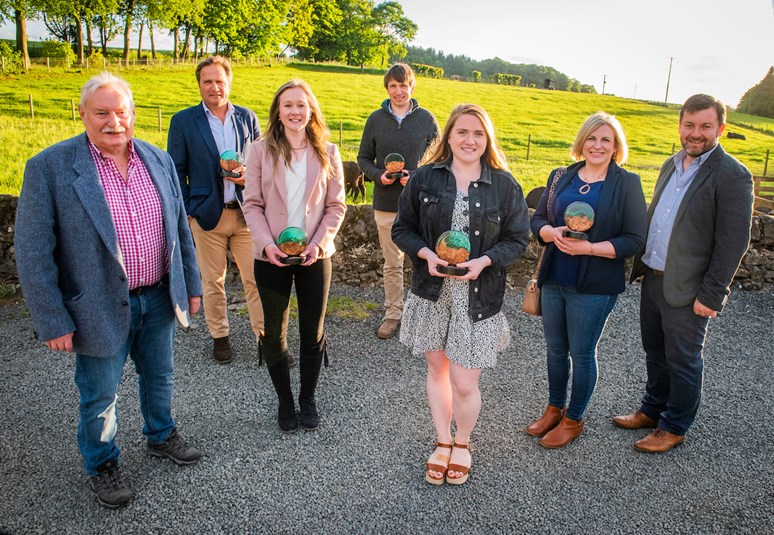 An ethical influencer and climate activist was among the winners at the first ever Alumni Entrepreneur Network awards, organised by SRUC.

Laura Young, from Glasgow, scooped the Alumni Champion Award at the event on Saturday, which recognised former SRUC students who are industry champions and a key part of Scotland’s natural economy.

Tommy Dale, of Forth Resource Management in East Lothian, won the Environmental Sustainability Award and Anna and Ross Mitchell, of Castleton Farm in Aberdeenshire, won the Diversification Award.

The event, which was hosted by former SRUC student Steven Mitchell at The Buffalo Farm in Fife, focused on enterprising businesspeople from the alumni community working in the food and farming sector.

Wayne Powell, Principal and Chief Executive of SRUC, said: “It is exciting to meet our alumni who are really making a difference in the world and it’s great to see them coming together to create an alumni community.

“It is a great advert for SRUC and our values, and it is also important in this economy which is depending on more entrepreneurs.”